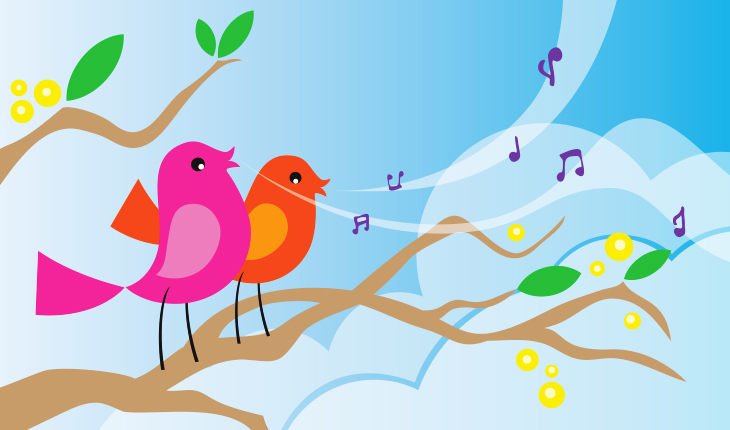 With a new political firestorm breaking on Twitter each day, it can be hard to remember that a “tweet” isn’t just a 280-character quip that instantly reaches millions of followers.

Yes, long before a tweet was a cringe-worthy echo from our nation’s capital, it was simply a sound that a bird made, a note in its song. And while most of us spend our time listening to the new, electronic tweets, we’re missing out on the therapeutic qualities of the old-fashioned tweet: birdsong.

A growing body of research suggests that birdsong and other natural soundscapes offer a variety of health benefits ranging from anxiety reduction to enhanced focus and performance at work.

In one experiment, a hospital in Liverpool, England played birdsong throughout pediatric wards where children were receiving treatments spanning from vaccinations to surgery. Researchers found that the soothing sounds of nature helped to calm the children’s nerves as they prepared for treatment, and distracted patients from pain and lingering side effects. The results, they said, not only provided immediate relief, but likely sped up recovery by reducing pain that would otherwise inhibit the process.

In another study, researchers played birdsong throughout an elementary school to combat the infamous “afternoon slump,” the period following a meal when digestion sends blood sugar and energy levels plummeting. With the presence of birdsong, researchers found students to be more focused and present, nixing the need for an afternoon nap.

Adults have been found to benefit from birdsong too: airports, banks, and other businesses around the world have turned to piping in birdsong to their establishments, after it was discovered that the calming sounds can significantly boost customer satisfaction rates.

In one particular instance, BP gas stations played birdsong in their restrooms to invoke the freshness of nature. According to BBC, it was an incredible success—causing customer satisfaction to skyrocket by a full 50%. I mean, if birdsong can make people actually enjoy a gas station bathroom…what can’t it do?

The many benefits of birdsong can be traced back through years of co-evolution between humans and birds.

Though we haven’t yet learned to speak a bird’s language, we’ve come to understand that when the birds sing, it means that we are free from certain dangers. Take the expression, “the quiet before the storm.” This famous line draws inspiration in part from the fact that flocks of birds will go silent before severe weather, either because they have hunkered down or have migrated elsewhere. This is thought to be because of birds’ sensitivity to sound and changes in air pressure—they can sense storms before the humans can see them.

Most birds also chirp heavily during the early morning in what scientists call the “dawn chorus.” It’s thought that humans, after hearing the dawn chorus for thousands of years, have developed an association between birdsong and starting anew. So not only can birdsong bring feelings of security to a listener, but also of hope and fresh energy to tackle challenges. Both phenomena can contribute to an overall enhanced mood, sparking curious psychologists to ask the question, what else can birdsong can do?

So, the next time you feel yourself slipping in to an anxiety-inducing Twitter scroll, try tuning in to mother earth’s tweet, birdsong, for some instant relief. While we can’t promise that it will make the other kinds of tweets get any better, it might help you cope in the meantime.