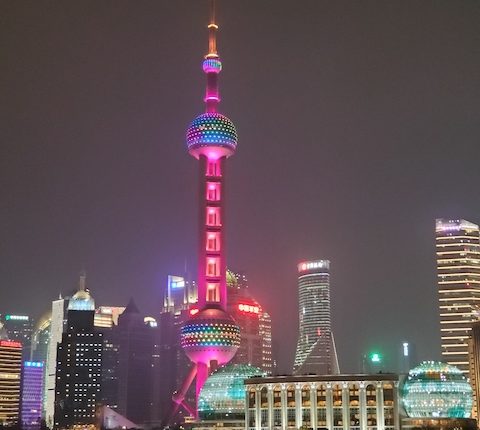 Confessions of a Street Walker

Editor’s note: Here’s a chance for some delightful armchair travel during the current lockdown.


I decided to become a lady of the night, a street walker, a shady lady, a woman of mystery. With my camera that is. Whether in Ho Chi Minh City to see the Opera House or the Bund in Shanghai. In late December the weather is hot at night in Ho Chi Minh City and a favorite activity for families is the church picnic. Hundreds of people gather around the Notre-Dame Cathedral Basilica of Saigon and eat a late dinner on blankets. 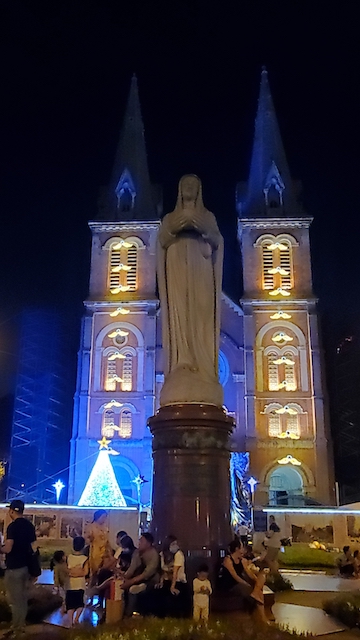 There is also a great deal of commerce around the activities people pursued at night. If locals were picnicking, going out to the Opera, going to late night movies or concerts the street vendors and hustlers are there to make a buck.

Peddling doesn’t seem to be against the law. I would advise you to remember this: Their job is to make money. Your job is to keep your money. One man stopped my husband to show him his drinks of coconut milk in the shell. Before I could drag him away from the vendor, my husband was trying to carry the long pole on his shoulder balancing two large platters on either end. When at last I extracted him from the vendor we were down $10 for drinks. And none of us really like raw coconut milk. Another woman was across from the Opera House selling newspapers, tourist books, and  post cards for anyone passing by or leaving the Opera House on foot. She was less conniving, but did a brisk business.

If you have a strong stomach and are not concerned about pandemic viruses, there are street vendors offering pot stickers and pork dumplings that look like little piggies. Also, you can find huge cones of soft ice cream with churros protruding from them. And no, I have no idea when this sort of fusion food caught on. I ate at The Hard Rock Café. I know it’s a cop-out, but I always get a T-shirt from The Hard Rock in every country I go to. It’s a Boomer-Rocker thing.

Back in China, I found out that the Bund area lights in Shanghai in the winter months come on at dark, about 6 p.m. And it is quite a show. The tall building with the two globes up a tower is called The Pearl. The boardwalk across the river from the biggest glowing towers is a favorite place to take memorable photos including wedding photos.

We did eat at a local restaurant the last night in Shanghai. A place my daughter knew. I was amazed that many of the city buildings, not on the water, were lit up and stunning as well. But the real surprise was the line dancers in the local town square. I mean hundreds of line dancers, at night, in the parks. Apparently, it is all the rage for seniors in Asian countries to play follow the leader in motion. They make a marching band look like pikers. There are formations, patterns, and uniforms. There are hand gestures and fancy steps. Loud music is played by a boom box and everyone follows in unison. It reminded me of the planet in a “Wrinkle in Time” where all the children bounced a ball outside their house in unison. Except these folks were smiling, so there’s that. 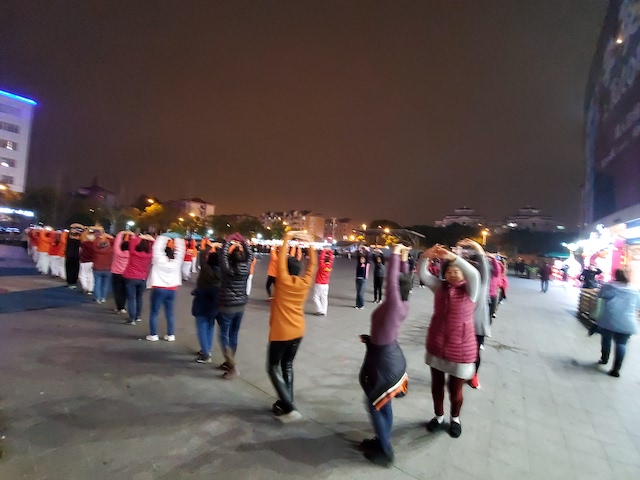 The other remarkable thing was the traffic both in Shanghai and Saigon. Early evening when it is dust, folks are going home. Electric bikes, mopeds, and scooters carry often an entire family. There are not many accidents as far as I could see. But then again it is not a litigious culture so it’s rather like, the risk is on you. At each stoplight there was an ocean of these bikes. There were no cross walks or pedestrian lights. The way you cross the street is you start walking with your hand raised up to say stop. Then you just keep walking, by faith. The only people who get hit are the ones who stop. I am told that the bikers watch where you are heading and swerve behind you. So pay attention to the rules of street walking.