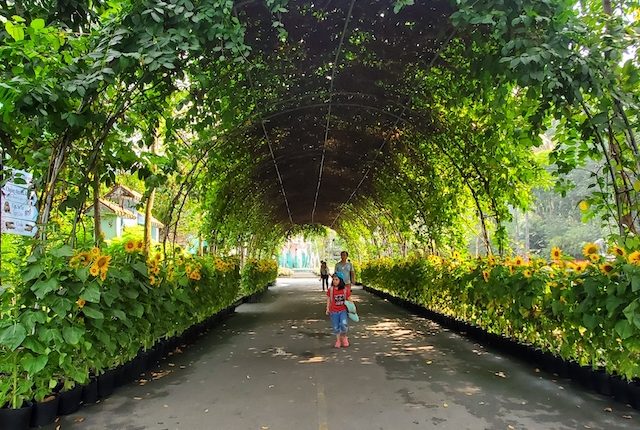 The Ho Chi Minh City AKA Saigon Zoo is one of the oldest continually running zoos in the world. It was opened in 1869. It covers 49 acres which includes several lakes, an orchid preserve and an amusement park. 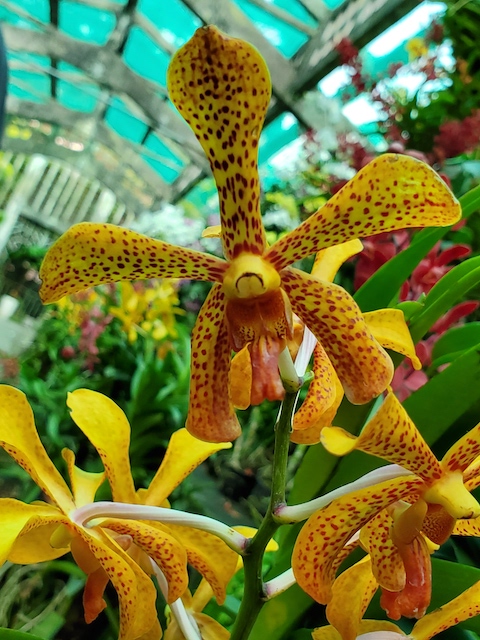 The zoo is within walking distance from the Golden Central Hotel. That is to say walking if you like walking. We did walk to it, but after walking all over the 49 acres we opted to take a taxi back to the hotel.

Along with the fun standards such as the tigers, bears, giraffes, elephants, hippos, and rhinos, we also saw exotic birds. The Ho Chi Minh City Zoo is the only place where the crested argus pheasant has been successfully bred. Additionally, there was a magnificent crested bird called in Vietnamese: Sue Vuong Mien. The name in English is golden crested crane. It was not only as large as a 25-pound turkey, it was territorial about it’s perch on a bridge inside the aviary. I mean territorial like a troll and the Billy goat Gruff family. Any visitor that got within two feet of the bridge was pecked into retreat. 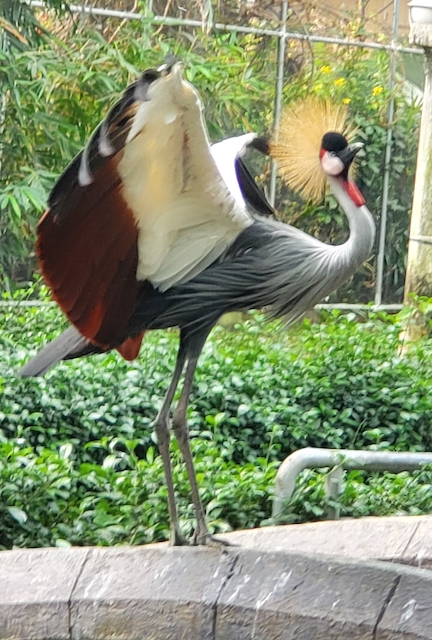 The exotic orchid house, orchid garden, and orchid displays along the paths were every color and shape imaginable and I grew up on Dr, Seuss books especially “Happy Birthday to You”. Ah, to have the Who-Bubs to snip with the snippers and nip with the nippers, not to mention the clapping clippers and clipping clappers, and snipping snoppers. Needless to say, the Who-bubs would be in a Saigon jail if they tried any of that nonsense. But I did snip snap bunches of photos.

There were amusement rides and ginormous plastic balls that people stood in and “walked” across a small lake. Another highly amusing offering was the little fish pool that you stuck your feet in so the fish could come along and nibble the callouses off your weary feet. You actually had to pay for this. Weird when you realize you are offering free fish food for these wanna-be piranhas. It was reminiscent of a not so great memory of Girl Scout Camp Goldenrod where the sunfish nibbled your scabby knees. I attribute those sunfish to my amazing ability to swim across a pool faster than most people I know. I kept trying to relax into this cultural experience but my child within was seriously squirming.

The yards for the animals have greatly improved from the days where small barred cages simply put them on display. While there is not as much land as, say, the Bronx Zoo to strut around, there was an effort to have playthings such as tree limbs, tire swings, and toys. There were large aviaries for birds and a large jungle-like butterfly house. There were streams for the alligators to loll in and rocks for the snakes to hide under (in glass houses). 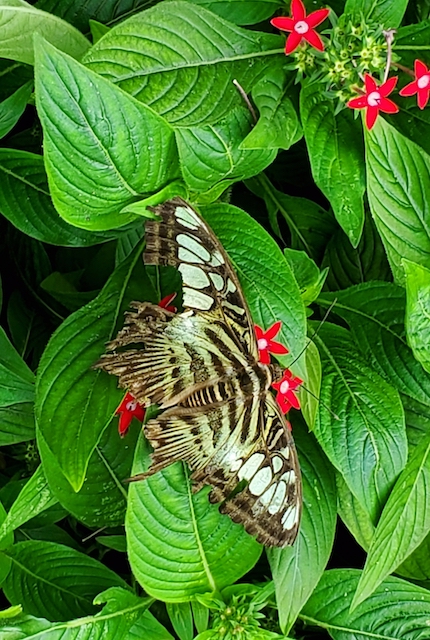 The Zoo has 590 animals, 1,830 tree species, and 260 plant species. The goals, like those of most zoos, have transitioned from merely showing animals to studying ecology, husbandry, and conservation. Over 3,200 students a year come for a study course at the zoo. They also have a commitment to propagate near-extinct species to return to the wild. For a very old and evolving city zoo, I recommend this touristy spot.