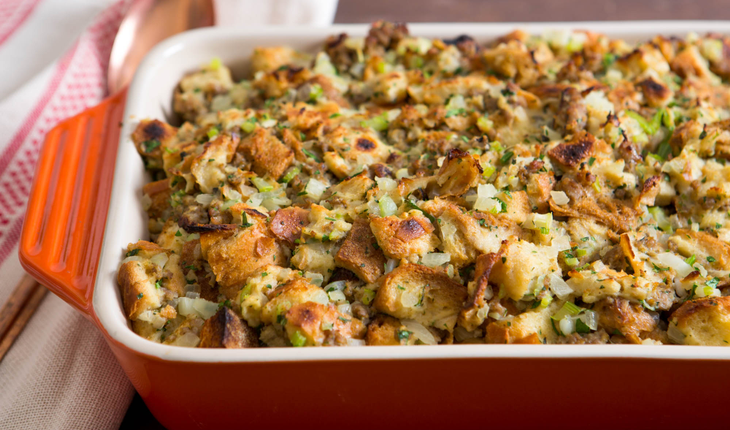 Oyster dressing – as strange as it might sound (possibly conjuring images of the bivalve dressed up with a bowtie) – is a major staple of Thanksgiving in Alabama. Seafood from the Gulf of Mexico is the name of the game in this part of the country – and as such, seafood figures large in Alabama’s culinary canon. Oyster dressing is actually a type of stuffing that has – you guessed it – oysters in it. It’s a delicious – if unusual – addition to the Thanksgiving table.

We like to use Gulf oysters with this recipe.

Chop oysters if they are large.

Bake 350 degrees for 40 minutes – 1 hour, or until a thin crust forms on the top of the dressing.

Let cool, then garnish with the fresh thyme sprigs and serve.