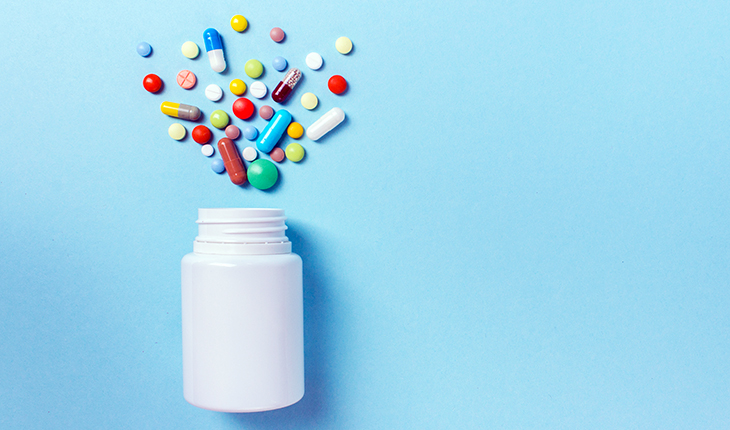 FACT: When we think of medications for schizophrenia, certain adjectives often pop up: lethargy, listlessness, vacant expression, disinterest in the external world – the belief being that these antipsychotic medications cause these sorts of symptoms. While there are side effects, which are generally minor, “zombie-like” reactions are not typical. Medication is the mainstay of treatment for schizophrenia, and the benefits far outweigh the costs. Antipsychotic medications, as a group, are considered among the safest group of drugs in common use. MYTH 2: PEOPLE WITH SCHIZOPHRENIA ARE VIOLENT AND DANGEROUS

FACT: Here’s the deal, while people with schizophrenia may be unpredictable at times, the vast majority are non-violent. While it’s true that some individuals with schizophrenia violent commit crimes, only 23% of their crimes were directly related to their schizophrenia. And there’s a fix for this: proper treatment is the key to symptom control – which is why access to quality mental healthcare is so important. Sadly, the notion that all people with schizophrenia are dangerous has created a lasting stigma surrounding the disorder. FACT: Schizophrenia almost always begins between the ages of 16 and 30 – and males tend to exhibit symptoms at a younger age than females. In many cases, symptoms tend to develop very slowly, however, in other cases, schizophrenia can develop suddenly. Initial signs typically include a decline in social life, loss of interest in school, which progresses to difficulties managing relationships, thought patterns, behavioral changes, and withdrawal from reality into fantasy and delusion. The best time to intervene and seek treatment is when symptoms first manifest. MYTH 4: HAVING SCHIZOPHRENIA MEANS YOU HAVE MULTIPLE PERSONALITIES FACT: Once upon a time, people with schizophrenia were shuffled off to institutions, where they often lived out the rest of their lives. The prevailing thinking was that there was no cure – and that institutionalizing was the only way to deal with the disorder Suffering from a severe mental health condition was like receiving a life sentence in prison. BUT today things are vastly different – schizophrenia can be successfully treated, though there is no cure. Medication, psychosocial therapy, and rehabilitation practices have been honed to help those with schizophrenia lead productive, and often independent, lives. We’ve come a long way! FACT: Quick answer: schizophrenia is not a rare condition. In fact, about 3.5 million people in the United States have schizophrenia – roughly 1.1% of the population according to the National Institute of Mental Health. In fact, the total number of Americans with schizophrenia could replace every resident in Detroit, Miami, New Orleans, and San Francisco. It exists in all races and communities, affecting people from all walks of life + social backgrounds. FACT: One of the main contributing factors to the onset of schizophrenia is substance abuse – and cannabis, in particular can trigger underlying schizophrenia that has not yet manifested. Here’s why: patients with schizophrenia have enhanced levels of endogenous cannabinoids in their blood and cerebrospinal fluid, along with an increased number of cannabinoid receptors in their brains. All this serves to significantly worsens the progression of the disease. But here’s something interesting, CBD, a non-psychoactive component of cannabis, has been found to potentially help symptoms. More research is needed – but some initial studies by the NIH do look promising. FACT: Around 30% of people with schizophrenia will have a lasting recovery and around 20% will show significant improvement. But around 50% will have a long-term illness, which may involve further episodes of becoming unwell and times of being better. MYTH 9: IF ONE OF YOUR PARENTS HAVE SCHIZOPHRENIA, YOU ARE BOUND TO GET IT TOO

FACT: Yes. Genes matter. But they are only 10% of the story with respect to schizophrenia. According to schizophrenia.com, if one parent has the condition, the chance of getting schizophrenia is just 10%. There are many other factors that impact the development of schizophrenia, such as: trauma, drug abuse, physical or mental abuse, and other environmental factors. FACT: Ah. Thank goodness this theory has been debunked. In the 1950s, there were a number of psychologists that posited that schizophrenia (and also some other mental health disorders) were caused by bad parenting – specifically “bad mothering.” They coined the term “schizophrenogenic” – causing schizophrenia, and put unwarranted blame on mothers (and families) already struggling to handle the heavy responsibilities of managing a chronic illness. So, to be clear – schizophrenia is a mental illness, with a number of factors contributing to its development: genes, trauma, drug abuse, physical or mental abuse, and more. NOT bad parenting.