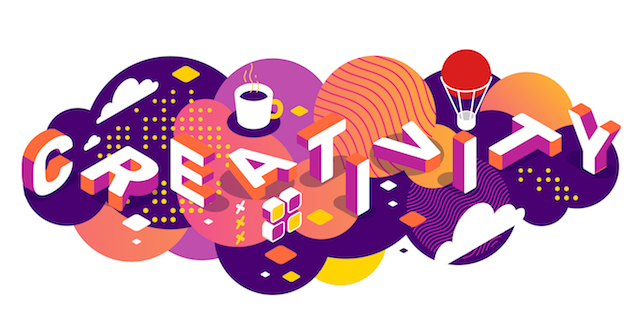 We don’t all age like fine wine, but there’s plenty of proof that the creative juices can keep flowing well into the twilight years.

Oscar-nominated screenwriter Millard Kaufman wrote his first novel, Bowl of Cherries, at the age of 90. Benjamin Franklin was 78 when he invented the bifocal lens. Frank Lloyd Wright completed the design of the Guggenheim Museum in New York at 92. Frank McCourt won a Pulitzer Prize at 66 for his first novel, and Giuseppe Verdi wrote the acclaimed opera Falstaff at 79.

Clearly, creativity and aging aren’t always mutually exclusive. Psychology Today reports the aging brain is characterized by a broadening focus of attention, which is a hallmark of creativity. And being creative into the senior years, research shows, can make us happier. One research project, The Creativity and Aging Study, conducted by the National Endowment for the Arts and The George Washington University, determined senior citizens engaged in creative pursuits – such as writing, painting and music – enjoyed greater feelings of morale and better overall health.

I’m now 77. I enjoyed successful careers in car manufacturing, commercial building and sailing before re-dedicating myself as a writer the last few years. Being creative as one gets older brings more enjoyment of life by putting us more in touch with our authentic selves as well as with the outside world.

And I wish more people took that approach sooner.

People need to adapt a creative, poetic way of living. That starts with what is inside of them and letting it out.

Today, too many people don’t see too far away from their nose. Money has become too important. We need a poetic sense of life, following our intuition, nurturing our curiosity and engaging in the world around us. Let the mind wander and become absorbed in a vibrant, creative process, leading to discoveries that can influence your future or even humanity.

Living a creative, poetic life makes you more fully experience the  beauty of living, especially in later years. I’ve always had that and didn’t want to stop. People used to tell me I worked too much, but in reality I felt like I never worked because I enjoyed each of my jobs so much. That’s a great part about doing things that combine creativity and adventure.

Piero Rivolta (www.pierorivolta.com), an award-winning poet and author, grew up in Milan, Italy in a family of automakers. He has made a career of successful reinvention based on creativity and passion for enhanced living. The leader of a successful car manufacturing company, he left Italy and moved to Sarasota, Fla., in 1980 with his wife Rachele, a painter. Rivolta has also been a residential and commercial builder, high-seas sailor and yacht producer. He recently published Bridge Through the Stars, his first novel since the publication of Journey Beyond 2012 and his Sarasota trilogy: Sunset in Sarasota, Alex and the Color of the Wind and The Castaway. Rivolta is also the author of four poetry/prose collections: Just One Scent: The Rest Is God, Nothing Is Without Future, Going By Sea and One Life, Many Lives.