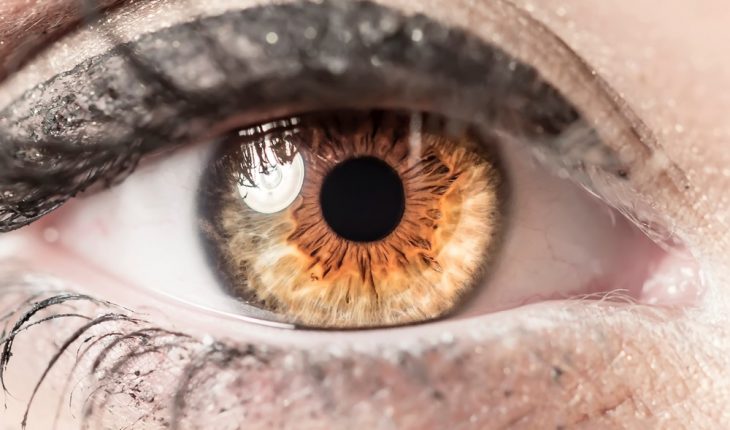 Scientists report that they have developed a contact lens that will tell them how much of a medication is actually making its way into the eye.

The visual indicator could help eye doctors and patients readily determine whether these medications are doing what they’re supposed to be doing.

Eyes are adept at keeping things out. When something ventures into or toward an eye, the lids blink and tears start rapidly flowing to avoid infection and damage from foreign objects. These processes are usually helpful, but they can hinder the uptake of much-needed medications.

Studies suggest that less than 5 percent of drugs in eye drops and ointments are absorbed, and much of the absorbed medication ends up in the bloodstream instead of the eye, causing side effects.

Contact lenses may be a more effective way to deliver drugs directly to the eye, but real-time monitoring of drug release is still a challenge. So the scientists, Dawei Deng and Zhouying Xie, sought to create a drug-delivering contact lens that would change color as the medication is released into the eye.

Researchers, based in China, fabricated a color-sensitive contact lens using molecular imprinting, a technique that creates molecular cavities in a polymer structure that match the size and shape of a specific compound, such as a medicine, according to a news release from the American Chemical Society.  In laboratory experiments, the molecularly imprinted contact lenses were loaded with timolol, a drug used to treat glaucoma. Then, the team exposed the lenses to a solution of artificial tears, which was used as a stand-in for the eye. As the drug was released from the contacts, the architecture of the molecules near the drug changed, which also changed the color in the iris area of the lenses. No dye was involved in the process, reducing possible side effects. The researchers could see this shift with the naked eye and with a fiber optic spectrometer. They concluded this new lens could control and indicate the sustained release of many ophthalmic drugs.