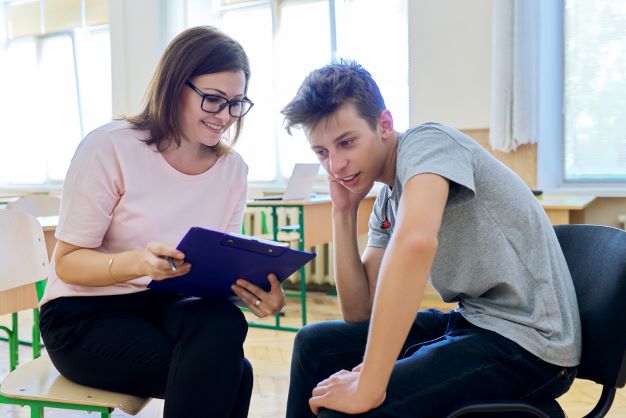 A New Health Screening for Teens

Children and adolescents may soon undergo anxiety screening as part of their annual physical. The recommendation for screeningcomes from the U.S. Preventive Services Task Force (USPSTF), a panel of medical experts, in response to the increasing frequency of self-reported anxiety symptoms in the general population.

In 2016, the task force recommended screening for depression in children and adolescents.

In a news release announcing its final recommendation for anxiety screening, the task force said, “Too many children and teens in the United States experience mental health conditions, including anxiety, depression, and suicidal thoughts or behaviors. There are several forms of anxiety, including generalized anxiety disorder and social anxiety, but all forms are characterized by excessive fear or worry. Depression, or major depressive disorder, is a condition that negatively affects how people feel, think, and act.”

For older children and teens, screening and follow-up care can reduce symptoms of depression and can improve, and potentially resolve, anxiety, the USPSTF said. However, there is very limited evidence on the benefits and harms of screening children younger than 8 for anxiety and younger than 12 for depression. And while suicide is tragically a leading cause of death for older children and teens, there continues to be limited evidence across all ages about screening for suicide risk in those who do not show signs or symptoms. This is an area where more research is critical.

“The Task Force cares deeply about the mental health of all children and adolescents. Unfortunately, there are key evidence gaps related to screening for anxiety and depression in younger children and screening for suicide risk in all youth,” Task Force member Lori Pbert, Ph.D., said in the task force news release. “We are calling for more research in these critical areas so we can provide healthcare professionals with evidence-based ways to keep their young patients healthy.”