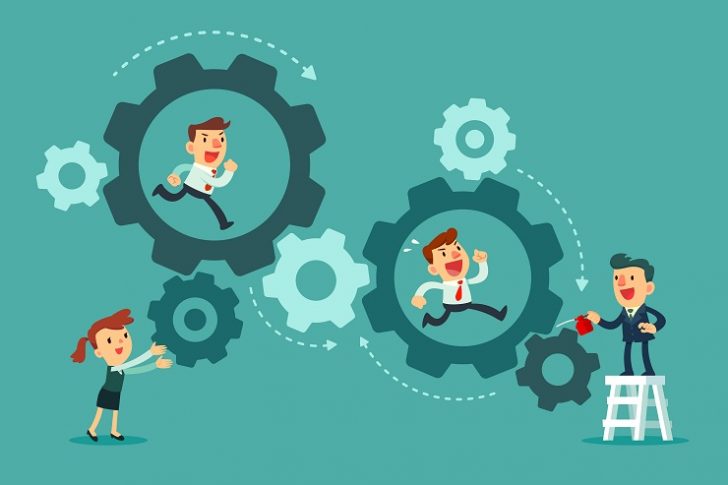 Are you ready to work and bike at the same time?

Researchers have discovered that employees who pedaled at their desk while working improved insulin responses to a test meal. And (in case you were wondering) the participants’ work skills didn’t decrease because they were pedaling.

The discovery, by kinesiologists at the University of Massachusetts Amherst, was published in Medicine & Science in Sports & Exercise.

The researchers, headed by endocrinologist Dr. Stuart Chipkin, approached the problem of exercising despite a sedentary lifestyle by trying to completely integrate physical activity into the work day rather than squeezing in intermittent, separate exercise periods.

For their analysis, the investigators recruited 12 overweight/obese full-time sedentary office workers, six men and six women, and tested them in two conditions, pedaling at self-selected light-intensity pace for two hours, and working while seated for two hours at a conventional desk. In both conditions, participants performed computer-based tasks and were tested on mouse proficiency, typing speed and accuracy, reading comprehension and concentration/attention.

Pedal desks could have the potential to achieve public and occupational health goals.

The participants also provided blood samples after eating a light meal for analysis of glucose, insulin and free fatty acids, a link between obesity, insulin resistance and type 2 diabetes. Physical inactivity and sedentary work environments are linked to higher rates of obesity, diabetes and heart disease through insulin resistance.

The researchers concluded that pedal desks “could have the potential to achieve public and occupational health goals in sedentary work environments.”

Though there are currently no commercial pedal desks on the market, Chipkin and colleagues were able to use a prototype Pennington Pedal Desk co-invented by UMass Amherst kinesiology researcher Catrine Tudor-Locke, a co-author who did not determine study design or have any contact with participants or study data.