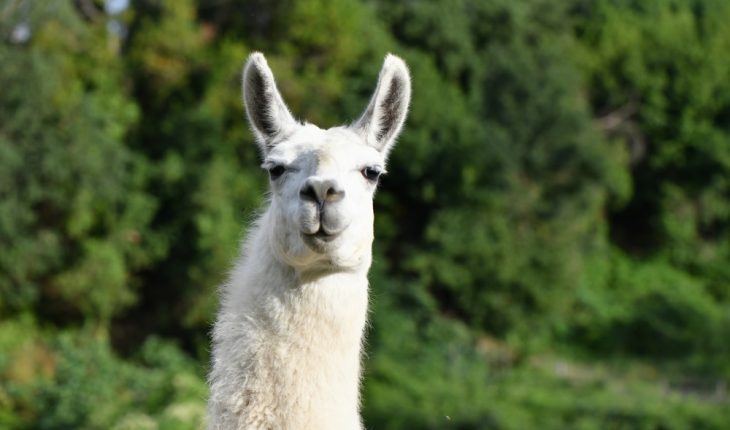 A New Therapy for COVID-19?

Animals produce antibodies much like those made by the human immune system. But some animals, such as llamas, also produce another type of antibody that’s only about a quarter of the size of a typical human antibody. Such “single-domain” antibodies, or nanobodies, have several features that make them possible therapies for respiratory infections such as COVID-19.

Nanobodies are very stable, so they could potentially be stored for a long time after production, according to the National Institutes of Health (NIH) in a release from its department NIH Research Matters. The nanobodies can also be delivered by an inhaler directly to the lungs, which makes them particularly promising for respiratory infections such as COVID-19.

The World Health Organization declared COVID-19 an international pandemic on March 11, 2020. By early June, it had infected more than 6 million people worldwide and killed over 380,000. In the U.S., the number of cases has reached 1.8 million, with deaths totaling 108,000. Researchers are rushing to develop vaccines. But in the meantime, effective treatments are urgently needed.

Researchers led by Daniel Wrapp and Dr. Jason McLellan from the University of Texas, in collaboration with a Belgian research team, had developed nanobodies from llamas for research into Severe Acute Respiratory Syndrome (SARS) and Middle East Respiratory Syndrome (MERS). Both these diseases are caused by coronaviruses related to SARS-CoV-2, the coronavirus that causes COVID-19.

An antibody called VHH-72Fc binds tightly to the spike protein on SARS-CoV-2, blocking the virus from infecting cells in culture. The team injected a llama with forms of the viruses’ spike proteins. Spike proteins are found on the surface of coronaviruses. They latch onto cells, then undergo a structural change that allows the virus to fuse with the cell. Once the virus enters the host cell, it can copy itself and produce more viruses. But the nanobodies that the scientists harvested from the llama bloodstream and produced in the lab bound to the spike protein and prevented the virus from entering cells.

This therapy could be delivered via inhaler.

The researchers decided to test whether any of the nanobodies they had developed could also stop SARS-CoV-2 from infecting cells.

According to the  NIH, out of the 12 nanobodies targeting either the SARS or MERS viruses, one called SARS VHH-72 showed an ability to bind to the spike protein on SARS-CoV-2 as well. However, it also unbound quickly, which made it unlikely to prevent the virus from entering cells.

The researchers analyzed the structure of the antibody bound to the spike proteins of the SARS and MERS viruses. Based on this analysis and previous work revealing the structure of the SARS-CoV-2 spike protein, they were able to engineer the nanobody to stick more tenaciously to the virus. They did this by fusing two copies of the nanobody together.

The engineered nanobody bound strongly to SARS-CoV-2 and was able to stop the virus from entering cells in laboratory experiments.

“This is one of the first antibodies known to neutralize SARS-CoV-2,” McLellan says.

The researchers are planning follow-up experiments in animals, with the hopes of eventually testing their nanobody in human trials. Antibody therapy could potentially be used as a treatment for people who are already infected or at high risk of becoming infected.

Their work was funded in part by NIH’s National Institute of Allergy and Infectious Disease (NIAID). Results were published on May 5, 2020, in Cell.