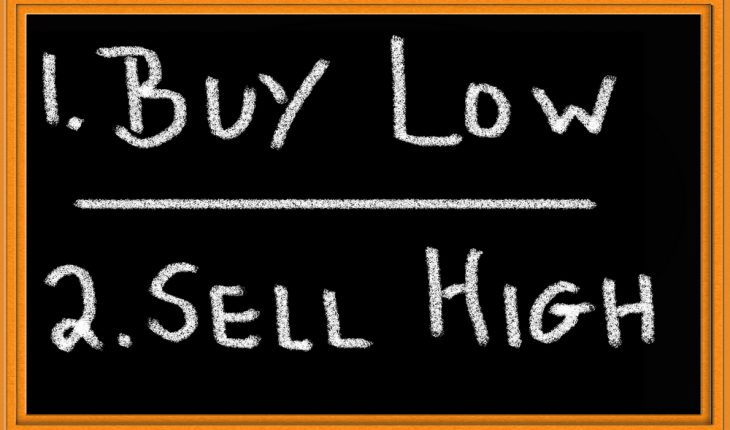 A Psychiatrist’s Take on Why We Can’t Get Rich

We hate to lose. Ever search for hours for something you lost, and spend a fortune in time when you could have replaced it cheaply and easily? Or replace it only to find it later, and hate yourself for replacing it?

Marketers and businesses know how to exploit our fear of loss — just think of eBay’s “Don’t miss out – make a bid!” message. Costco pulls products off the shelves to make them seem rarer — so you can feel like you’ve found treasure and didn’t lose out on a bargain. Sales are closed when a seasoned salesperson tells an innocent buyer: “It’s the last one. I might not get any more of these.”

Being afraid to lose out is a weakness: Evolutionary psychologists have found that our primitive instinct to hold onto what we have is hard-wired, and that loss hurts us up to three times as much as gain feels good. The brilliant investor Charlie Munger uses the story of his family’s dog as a lesson. The sweet dog never bit anyone unless you tried to take its food. That dog lives in all of us — and it undermines our ability to get rich.

To gain with investments, you have to overcome your fear of loss. Try these four strategies:

Never sell out of fear.

The biggest mistake most investors make is to sell into a collapsing market. The market always comes back, even if it takes a while. People sell based on their primal instincts — the ones that tell us to preserve whatever we can in a time of crisis. Even brilliant people fall prey to this. Later, when the market recovers, these same sellers learn that the buyers who kept their heads knew better. As the fiendish Mr. Potter does in It’s a Wonderful Life, they picked up some bargains in a crashing market. Those who shop for bargains in crashes do very well. In the 2008 banking crisis, Berkshire Hathaway bought Wells Fargo at eight dollars a share. At this writing, it sells for over fifty-seven dollars a share.

Berkshire Hathaway’s Warren Buffett famously teaches, “Be fearful when others are greedy, and greedy when others are fearful.” Buy low, sell high. But the fear of loss makes most people intuitively do the opposite. Consider the tale of the Nifty Fifty — a short-lived, sorry idea to buy the best stocks regardless of cost, because they were the best. When the market awakened to the mispricing, many investors who had overpaid lost money. It’s far better to buy unpopular but sound stocks, but most people can’t do that. Here’s a reasonable compromise: buy solid dividend-bearing stocks, and reinvest the dividends—free of brokerage fees—in the underlying stock, in fair weather or foul, keeping your emotions out of play. Research proves this is an effective wealth-builder, and avoids the human tendency to buy high and sell low.

Inflation inflicts terrible losses on savers who are not investors, even if the central banks keep the inflation rate at 2 percent. We may not even realize we’re losing hugely but at a snail’s pace, as we under-appreciate how losses compound. Imagine this in 1980, your eccentric Uncle Horace leaves you his house. Legend has it there’s a million dollars hidden in the walls. During a renovation in 2010, you find his dusty leather suitcase — with a million dollars cash inside. You think, Hallelujah! Now I can pay for the renovation with ease and have a small fortune to spare. But in reality, you have sustained a nearly $2 million loss. That money was worth the equivalent of $2.8 million in 1980 — and inflation has been eating it away all this time. Saving without investing isn’t really saving at all.

Learn to go numb to loss.

The BBC once asked Charlie Munger what he thought about the then-breathtaking 50 percent drop in the market value of Berkshire Hathaway. Most of his money and reputation are at Berkshire. But he summarily dismissed the supposed crisis on camera with perfect aplomb. He was speaking the truth: It had happened three times, and he did not care. Like an experienced surgeon incising yet another abdomen, this seasoned professional faces risks with level-headed determination. If you are going to invest, you must adopt this very same attitude to loss.

Don’t think of the stock market as a building, but as an unruly crowd, susceptible to mob-like cruelty or joyful celebration. When a crowd is in charge of prices, they’re going to go up and down. Sober investors realize that stocks represent a part ownership of a business. If the business is sound, the value of that stock persists, regardless of what the crowd says it’s worth. Don’t be afraid you’re losing out if you don’t jump at something just because the crowd says you should.

“The market is there to serve you, not to inform you,” said Warren Buffett. Get your education by learning to understand the market, rather than by watching its often random fluctuations. There’s nothing to be afraid of — except your own fear of loss.

Mark Tobak, MD, is a general adult psychiatrist in private practice. He is the former chief of inpatient geriatric psychiatry and now an attending physician at St. Vincent’s Hospital in Harrison, NY. He graduated the University at Buffalo School of Medicine and Columbia University School of General Studies. Dr. Tobak also has a law degree from Fordham University School of Law and was admitted to the NY State Bar. His work appears in the American Journal of Psychiatry, Psychiatric Times, and American Journal of Medicine and Pathology. He is the author of Anyone Can Be Rich! A Psychiatrist Provides the Mental Tools to Build Your Wealth, which received high praise from Warren Buffett.