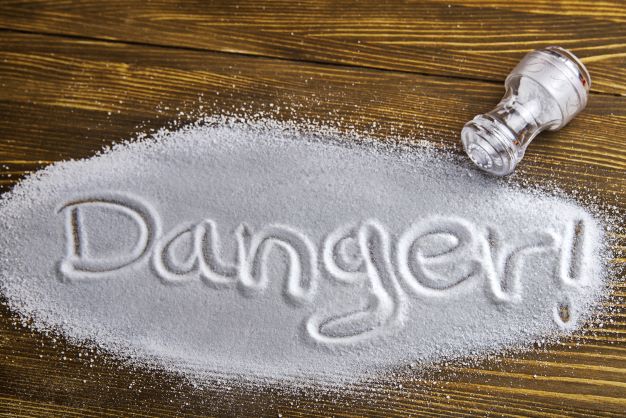 Reformulating packaged foods in Australia to contain less sodium might save about 1,700 lives per year and prevent nearly 7,000 annual diagnoses of heart disease, kidney disease and stomach cancer, according to new research published today in Hypertension, an American Heart Association (AHA) journal.

The statistics were contained in a news release from the AHA.

Most sodium in people’s diets comes from processed and packaged foods. The AHA estimates that 75% or more of daily sodium intake in the U.S. is from processed/packaged foods and restaurant foods. Reducing sodium in packaged foods through product reformulation programs is considered by WHO as a “best buy” to prevent diseases related to high sodium intake. In 2021, the WHO released guidance for sodium levels in food categories that are the biggest contributors to sodium intake such as processed meats, bread and sauces. For example, the WHO benchmark for lunch meat is 540 mg of sodium per 100 g of product, and bread is 330 mg of sodium per 100 g of product. Many countries have implemented reformulation programs for processed foods; however, they may be poorly monitored and include fewer food categories than recommended by the WHO.

“We had previously modeled the potential impact of the Australian program,” said the study’s co-lead author Kathy Trieu, M.P.H., Ph.D., lead author of the study and senior research fellow in food policy at The George Institute for Global Health, and a senior lecturer at the University of New South Wales, both in Sydney, Australia. “In this study, we wanted to estimate the potential number of additional premature deaths, new cases of disease and years lived with disability that may be averted with the WHO sodium benchmarks, which are above and beyond the Australian government’s sodium reformulation targets.”

In their previous study, Trieu and colleagues found that Australia’s plan reduced average sodium intake by 107 mg per day per person and may avert about 500 deaths, 1,900 new cases of cardiovascular disease, chronic kidney disease and stomach cancer (combined), and 7,355 disability-adjusted life years (DALYs) in Australia each year. DALYs are a measure of years of healthy life lost due to illness or premature death.

They applied the same statistical model to estimate the potential impact of extending the Australian plan to include all 58 packaged food categories in the WHO benchmarks. The model used national data from 2011-2012 on sodium intake, food composition and sales for the targeted food categories. The researchers first estimated the reduction in sodium intake that may occur if the WHO targets were met. Then, using published statistics on the relationship between sodium intake and high blood pressure, they calculated the potential effect of sodium reduction on rates of cardiovascular disease and chronic kidney disease. High blood pressure is a major risk factor for both conditions.

The impact on stomach cancer was calculated using risk estimates derived from published studies of sodium and stomach cancer. The analysis determined the potential number of deaths, new cases of disease and DALYs that may be avoided by following the WHO guidance.

The analyses estimated that implementing the WHO sodium targets in Australia may result in:

An average of 404 mg per day reduction in sodium for adults;

A total of 25,670 fewer DALYs from the three conditions.

“Our findings indicate that compliance with WHO benchmarks compared with Australia’s current sodium targets may result in substantial health gains and prevent more than three times as many deaths and new cases of disease each year,” said Trieu, adding that the greater impact of the WHO benchmarks may be explained by both including more packaged food products and stricter sodium targets.

Study limitations include the use of national nutrition survey data that was collected in 2011-12 and based on a single 24-hour diet recall to estimate food consumption; therefore, this data may not reflect current sodium intake. In addition, estimates of disease burden may be less accurate than estimates of more easily measured outcomes such as death. Also, there may be other ways in addition to blood pressure that sodium reduction affects cardiovascular and kidney disease.

The study was funded by an Australian National Health and Medical Research Council Partnership Project.