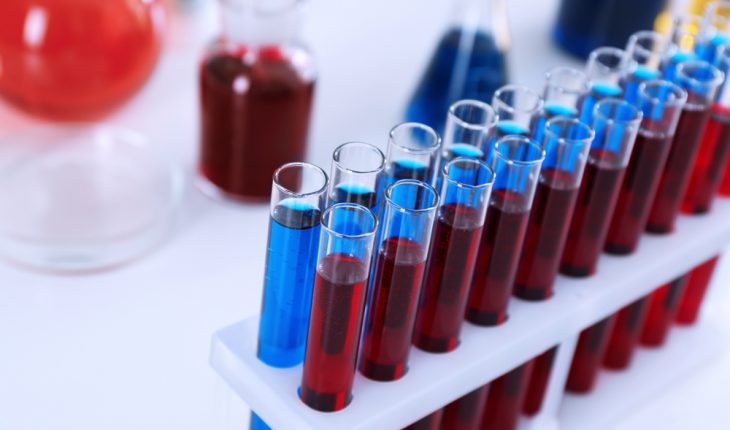 A Simpler Way to Detect Alzheimer's

A new blood test can accurately predict the presence of beta-amyloid plaques in the brain, making a diagnosis of Alzheimer’s easier, according to a new study funded in part by the National Institute on Aging (NIA).

Published in Neurology, the study analyzed the ability of a blood test to predict the presence of Alzheimer’s disease-associated protein beta-amyloid in the brain. The new blood test, which performs comparably to existing brain scan- or spinal tap-based tests, could lower costs and expand the availability of diagnostic studies for Alzheimer’s disease, according to a news release from NIA.

Alzheimer’s is characterized by the buildup of a protein called beta-amyloid, which forms sticky “plaques” on the brain and can cause brain cells to die. Testing for the presence of these amyloid plaques on the brain is an important part of Alzheimer’s diagnosis and research. For people experiencing memory problems, checking for amyloid in the brain helps health care providers determine whether Alzheimer’s is the potential cause. It also can help doctors determine which patients will respond to drugs that target amyloid. For people without any signs of dementia, the presence of amyloid plaques on the brain may help researchers enroll participants in clinical trials for treatments to prevent or delay the onset of cognitive symptoms.

There are two well-established ways to determine if beta-amyloid is in the brain. One measures the amount of beta-amyloid present in cerebrospinal fluid, the fluid that surrounds the brain and spine, through a spinal tap. The other uses a PET brain scan to produce images of beta-amyloid on the brain. Although both methods are accurate, they are expensive, invasive, and have limited availability. Recently, a highly sensitive blood test for beta-amyloid was developed, but there were concerns about how the test would perform in the clinic on blood samples that had been collected and processed in different ways. To address these concerns, researchers from Washington University; University of California, San Francisco; University of Pennsylvania; University of Melbourne and Edith Cowan University in Australia; and Lund University in Sweden studied how well the blood test could predict the presence of amyloid plaques visible on a PET brain scan, using samples that were collected and processed in different ways.

Across all the blood samples, the scientists found that the blood test could effectively predict the presence of beta-amyloid in the brain. The test became even more accurate when the research team took into account the version of APOE (a gene linked to Alzheimer’s disease risk) that each person had. Using blood samples will make it easier to screen healthy people for potential enrollment in clinical trials that test interventions to prevent or treat Alzheimer’s disease.

Although the new test shows promise, one major limitation is that the blood samples used in the study were from majority white, affluent individuals, and the authors note that the results may not be generalizable to other demographic groups. Overall, the authors suggest this new blood test could be a powerful tool that expands the ability to diagnose Alzheimer’s. The researchers estimate that replacing brain imaging and spinal tap studies with blood tests could drastically reduce costs, increase the availability of tests, and even improve clinical trial recruitment of diverse groups of people.