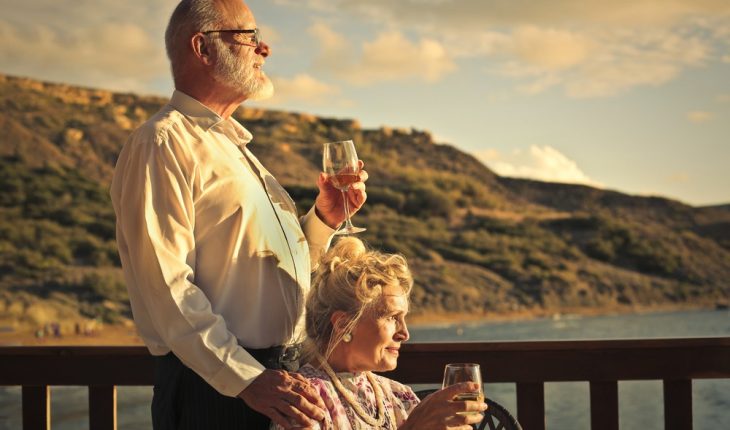 Alcohol and the Aging Brain

There’s really no way around it. Like all other organs and tissues of the human body, the brain is subject to the aging process and the typical structural and functional changes that go along with it. With normal aging, the brain begins to shrink in middle age, losing volume primarily in the frontal lobes and the hippocampus, which leads to a decline in cognitive function and memory as people grow older.

It is also well-established that alcohol misuse over time can have harmful effects on brain structure and function. The National Institute on Alcohol Abuse and Alcoholism (NIAAA), part of the National Institutes of Health (NIH), is keenly interested in how alcohol misuse and normal brain aging might interact, particularly as the link between alcohol and aging becomes increasingly apparent.

Currently, 26 percent of men and 30 percent of women in the United States are age 55 or older, compared with 21 percent of men and 24 percent of women 10 years ago. Experts estimate that by 2050, nearly 1 in 5 people in the United States will be age 65 or older, compared with 1 in 7 now. And alcohol researchers have reported significant increases in alcohol use and misuse among older individuals. For example, recent years have seen an increase in alcohol use among men and women age 60 or older and an increase in binge drinking among women age 60 or older.

In addition to the specific brain-related issues that confront older people who misuse alcohol, it is important to remember that aging introduces a spectrum of other concerns for people who drink alcohol. Aging slows the body’s ability to break down alcohol, so alcohol remains in a person’s system longer. Alcohol may act differently in older people than in younger people, so some older people can feel increased effects from the same amount of alcohol they drank when younger. This can make accidents, including falls, fractures and car crashes, more likely. Also, for biological reasons, older women are more sensitive than men to the effects of alcohol.

Many medicines—including prescription, over-the-counter, or herbal remedies—can be dangerous or even deadly when mixed with alcohol. A lot of older people take medications every day and are more likely to take one or more medications that interact with alcohol, increasing their risk for harmful alcohol–medication interactions.

A new study supported by NIAAA provides important information about the effects of aging and alcohol on the brain. As reported in the May 2018 issue of JAMA Psychiatry, researchers led by Edith V. Sullivan, Ph.D., of Stanford University School of Medicine examined brain changes in individuals ages 25–75 with and without alcohol use disorder (AUD) who also received one or more magnetic resonance imaging scans over a 14-year period (222 subjects with AUD vs. 199 age-matched control subjects without AUD). The investigators also examined data collected over time from 116 participants with AUD and 96 age-matched control subjects, who were subsets of the whole group, to see how factors such as other substance use disorders and hepatitis C virus infection comorbidities might also interact with alcohol misuse and aging to affect brain structure.

Analyses revealed that adults with AUD had brain volume reductions, independent of sex, in a number of areas, including the frontal, temporal, parietal, cingulate, and insular cortices. These effects were particularly pronounced in adults age 65 or older. Accelerated aging was seen in some brain areas, including the frontal cortex. Notably, the accelerated aging was also seen in subjects who had developed AUD later in life.

“What was particularly striking about our study was accelerated aging of brain structure that was especially prominent in the frontal cortex. Even those individuals who developed severe AUD at an older age showed accelerated loss,” Sullivan said. “Although both substance use and hepatitis C infection may have exacerbated brain volume loss, these factors did not fully account for the AUD-aging interaction we identified. A take-home message of our results is that old age is not protective against developing AUD-related brain volume deficits.”

“These findings,” Koob noted, “provide compelling evidence that alcohol misuse during later adulthood could confer a greater risk of deficits in frontal lobe function beyond the deficits that typically occur with aging.”

In an editorial that accompanied the report by Sullivan and colleagues, Koob cited the “prominent alteration of frontal cortex volumes” as the most compelling aspect of the study.

“Particularly with alcohol, the negative emotional states associated with aging may converge with the negative emotional states of alcohol withdrawal, which drives many individuals with AUD to self-medicate to avoid experiencing negative effects,” Koob said. “This convergence, in turn, could also drive the need to self-medicate. In short, alcohol misuse in the elderly population may tap into misdirected attempts at emotional self-regulation, in which an individual consumes alcohol to fix the problem that alcohol helped cause.”

Reprinted with permission from the National Institute on Alcohol Abuse and Alcoholism. For more information about alcohol and aging, and how to get help, click here.