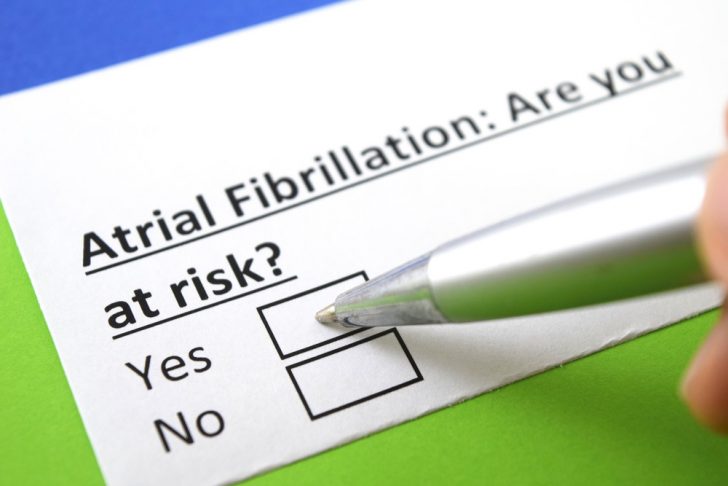 Atrial fibrillation (AFib) patients with a history of cancer are less likely to see a cardiologist or fill anticoagulant prescriptions, compared with AFib patients who never had cancer, according to a study in the Journal of the American College of Cardiology. By not filling and taking prescribed medication, these patients are potentially putting themselves at increased risk of stroke.

AFib is a fast, irregular heartbeat.

Cancer detection and treatment methods have improved significantly over time, leading to a greater number of older people who are surviving and living longer after a cancer diagnosis, and as a result, developing other health conditions. AFib specifically is an important simultaneously occurring condition in many cancer patients. Both have several common predisposing factors, including advanced age and inflammation, and certain chemotherapeutic agents have been linked to the development of AFib.

How to best care for the increasing number of cancer survivors who are reaching older ages is a challenge for clinicians since conditions that exist separately and usually span multiple specialties. This study looked at the relationship between early cardiology involvement after an AFib diagnosis in patients with a history of cancer and how that affected outcomes.

“Overall, our data suggest that suboptimal antithrombotic [medicines that reduce the risk of blood clots] care exists in AFib patients who have a history of cancer,” Wesley T. O’Neal, MD, MPH, lead author of the study and a cardiology fellow at Emory University School of Medicine, said in a news release from the American College of Cardiolog. “The decision to initiate antithrombotic therapy or refer to a cardiology provider should be individualized to the patient, but our data suggest that cardiology providers positively influence outcomes among these patients.”

The researchers confirmed that a beneficial association existed between early cardiology involvement at the time of AFib diagnosis among patients with a history of cancer. After 1.1 years of follow up, cancer patients who did see a cardiologist were more likely to fill their prescriptions, showed a reduced risk of stroke and did not show an increased risk of bleeding. These patients were more likely to be hospitalized, which may be due to more aggressive treatments.

According to a related editorial, the number of cancer survivors in the United States is expected to increase from over 15 million to over 20 million by 2026, which will lead to an increased focus on addressing their long-term medical and psychosocial need.

“The management of cancer patients must extend beyond their primary malignancy and will require an interdisciplinary approach from oncologists, primary care providers and other subspecialists,” said Sean T. Chen, MD, an author of the editorial from Duke University Medical Center. “The increase in survivorship is a testament to the dramatic improvements in cancer therapy, but continued emphasis on a patient’s diagnosis of cancer can shift significant attention away from other essential aspects of care.”