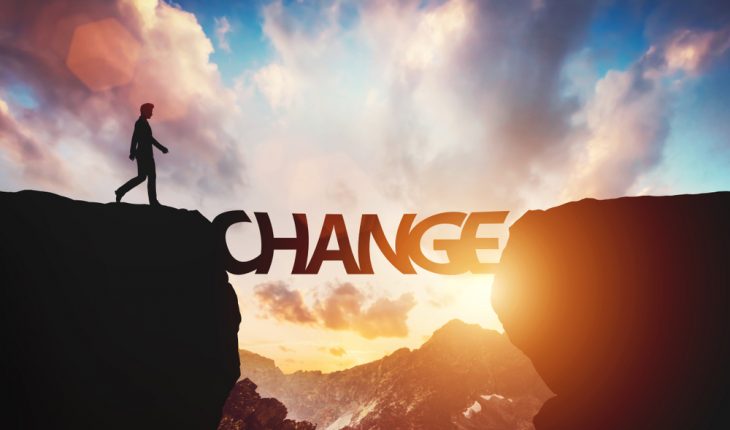 The subconscious mind is reluctant to let go of what it knows until the new proves to be true. And there is merit to this cautious strategy since throughout human history hasty, ill thought out decisions wiped out entire populations.

You may remember times when you acted without thinking it through and then regretted the outcome. Unless processed and released, these painful memories remain stored in the body, causing you to fear change.

Over time, your whole life may revolve around avoiding anything that touches the pain associated with past choices. And yet, feeling the pain releases it from the body. This is how the brain learns to make wiser choices.

The good news is the brain remains plastic throughout life. This means you can alter your experience by creating new neural pathways. You can also erase pathways that keep you stuck in the past. How is this done?

Dr. Maxwell Maltz, plastic surgeon and pioneering author of the self-help classic, Psycho-Cybernetics, was puzzled when his patients still thought of themselves as they were prior to their surgeries. As an experiment, Maltz asked them to repeat positive statement such as, “I like my new look,” and “I’m happy with the outcome of my surgery; it’s great” every day three weeks prior to surgery.

To Maltz’s surprise, and the delight of his patients, his experiment worked. Repeating the positive statements formed a new memory groove in their brains, he said, similar to a software update.

The brain can also be rewired when a radical change takes place, something seemingly out of your control: an accident, illness, loss of something or someone you thought you could not live without. Later, sometimes much later, you realize these reversals removed barriers to growth.

The ideal is to strike a balance between stability and growth, the need for predictability and the need to keep life fresh and interesting.

Begin with a Small Step

I once had a client who ate at the same restaurant every day for seven years.

“Try a new place two days a week,” I suggested to Frank when we first started working together. “Otherwise we are not going to get anywhere in this process.”

My clients are motivated by the prospect of fulfillment in their work, so they are open to new ways of solving problems. While eating at a new restaurant a couple of times a week was a small shift, it programmed Frank’s brain to see change as positive.

After a few months, Frank realized he used routines to numb anxiety.

“No wonder I’m so bored, and so boring.” Frank said, and we both laughed.

I often say to my clients what is difficult for you may be easy for me, just as what is easy for you scares me to death. Only you know what scares you and what it takes to master those fears.

Breaking change down into small steps that turn out well is the best way to proceed, since each success builds on itself.

Hope is the most positive emotion we can experience. This emotion floods the body with seratonin, the happy chemical. As Maltz said about his approach, by imagining positive outcomes you are “steering your mind to a productive, useful goal so you can reach the greatest port in the world, peace of mind.”

Keep in mind it is not fear of the unknown that disturbs the brain as much as it is fear you’ll repeat the pain of the choices that ended in failure. Imagining failure signals the limbic brain to release fight or flight reactions. Then despair floods the body with stress chemicals. In his 1996 insightful article about stress for Psychology Today, John Carpi says: “When stress sets off the usual ferocious communication between the hypothalamus and the pituitary, the buck stops at the adrenal glands. They manufacture and release the true stress hormones—dopamine, epinephrine (also known as adrenaline), norepinephrine (noradrenaline), and especially cortisol.”

Capri says slow, deep breathing; mindfulness and meditation 20 to 40 minutes a day reduce the flow of stress chemicals. “[Then people can] focus on calming and becoming aware of their bodies with the aim of catching them—and interrupting them—in the act of hyper-responding to stress.”

I suggest breathing deeply every couple of hours when stress is high. As an example, Frank noticed his anxiety skyrocket the first few times he went to a new restaurant. Rather than avoid the experience or numb himself to what he was feeling, he used the techniques mentioned above to gain control over his brain’s habitual reaction. Over time, Frank’s brain began to associate change with positive outcomes.

Maltz’s patients’ habits of thinking were locked in place by negative beliefs about their appearance. Because they trusted him, his patients were willing to let go of these beliefs. In Frank’s case, letting go of a rigid routine convinced him life could be better.

Others, including his wife, had complained about Frank’s need for control. Everything had to be just so. He rejected this feedback since control was Frank’s defense against anxiety. But because he wanted to be happy in his work and he trusted me, he was willing to drop his defenses.

“I could not understand why I kept doing what I was doing, I was on automatic pilot,” Frank said. “The truth is, I don’t like my job. I can never do enough. I‘m exhausted. I want a job with less pressure.”

Admitting he was exhausted was a major breakthrough for Frank. He was an overachiever who based his worth on how well he performed, a holdover from a childhood bereft of recognition.

Letting go of his workaholic persona was not easy for Frank, since that was how he got approval. But the stress caused by pushing himself so hard was killing him.

“I finally put down the backpack I’ve carried all my life,” Frank said, smiling. “I feel much lighter.”

What Do You Want?

Do you know what you want? If you are not sure, make a list of what is important to you at this stage of your life. What prevents you from reaching this goal? Can you remove this obstacle on your own, or do you need help?

Be of good cheer. Once you admit and stop what you are doing that is not working, the next step will be the change that enriches your life and the lives of those who care about you.

Nancy Anderson is a career and life consultant based in the Sacramento/San Francisco Bay Area. She is also the author of the bestselling career guide, Work with Passion, How to Do What You Love for a Living, and Work with Passion in Midlife and Beyond, Reach Your Full Potential and Make the Money You Need. Nancy’s website is workwithpassion.com.