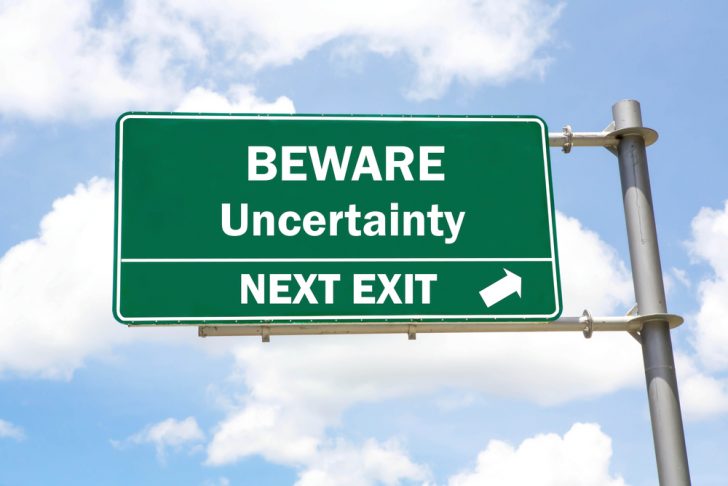 How You Know You Are on Track

The most frustrating times in life can be when we do not know what to do. While the rational mind can wait for clarity, the older part of the brain sees uncertainty as a threat.

To the primitive brain, the past is familiar and safe, whereas the unknown is unfamiliar and dangerous. When in doubt, the urge is to do something, anything to end uncertainty.

The ancient brain is responsible for survival instincts: fear and aggression, flight or fight. These reactions gave our ancestors a split second advantage against predators. Adrenaline flooded their bodies when they sensed danger, increasing their chances of survival.

As eons went by the mammalian brain evolved to overlay the ancient brain, growth that led to the Age of Enlightenment and scientific advances. And yet, the reptilian brain continues to react negatively to anything new since that is what it was designed to do.

The lizard brain’s resistance to change explains why it is so hard to let go of what we know, even when it does not work. It also explains the impatience we feel with the slowness of change. The old brain wants what it wants right now; delayed gratification is not an option.

The wrestling match between the forces of inertia and the forces that make you grow can be so intense you do anything to escape the discomfort, which only prolongs the agony.

As Godin infers, change occurs when the frontal part of the brain overrules the brain stem, as when you take the risk that scares you. What scares you may not scare others, just as what scares them may be a piece of cake for you.  But one small risk leads to another, and another, and soon life energy gets moving again.

Rather than see the primitive brain as an enemy, let it do what it is does well:  alert you to danger, as when others use you for their selfish purposes, or you take on more than you can handle. Both are major stressors that provoke physical symptoms like anxiety attacks and psychosomatic illnesses, effective forms of resistance.

Mindfulness techniques, meditation and deep breathing help to calm the old brain’s fear. Then your rational mind can do what it does best: differentiate between real and imaginary danger.

Given the structure of the brain, change that lasts is, of necessity, a long, slow process. Too much change terrifies the old brain, just as it overwhelms the newer brain. The brain is designed to incorporate learning in small doses. Over time, learning becomes cumulative.

Reflecting before you act gives you time to consider the consequences of the changes you want to make. Pausing to reflect after you make a change allows time for the mind to assimilate the new and unfamiliar. If you use this gradual approach throughout life change evolves from a solid foundation, keeping the lizard’s fear at bay.

Pushback Is a Signal You Are On Track

In addition to threatening the reptilian brain, change can frighten those who are used to how you were in the past. When you stop saying and doing what you once said and did you get pushback.

For example, you decide to stop trying to change others. You are tired of obsessing about their behavior. This throws them off balance. To get you back into the controlling pattern they do what once hooked you, such as making another poor choice.

If you give in to the pressure to go back to what is familiar you may feel relief, but you will also feel angry and resentful. Relapse is a normal stage of change so try again, and again, until nothing can make you go back to the past.

Be assured, a relationship that survives the healthy changes you make will be even stronger. The relationships that end are not what are best for you, although you may not realize that until much later. Strangely enough, letting go sets you both free to be who you are.

Control What You Can Control

Focusing on what you can control is another sign you are on track. Rather than trying to change the world, change what needs attention in your own life. Often that is right in front of you: clutter, obsolete belongings, and habits that drain your energy.

As an example, one of my clients said he wanted to help the world. I asked Bob what part of the world he was referring to, his city, his state or another country.

“You’ll have to be specific,” I replied, “otherwise I don’t know what you mean.”

We didn’t get very far in our session that day, until I walked with Bob to where his car was parked in my driveway. I was shocked by the car’s appearance; it was a mess inside and out.

“If you want to help the world, Bob, I suggest you start with your car.” I said.

Bob looked at his car, back at me, and blinked a couple of times, and then he started laughing.

“Don’t hold back, Nancy,” he said, and we both laughed.

The next time I met with Bob he said he decided to clean up his life before he took on the messes of the world. He started going to Alcoholics Anonymous meetings, which I suggested he do before we went any further.

With the help of the AA program and our process, Bob decided to apply his considerable carpentry skill to remodels of run-down houses.

“I see now by improving my life I automatically improve the world,” Bob said.

Concentrating on what you can control is the best antidote to taking on more than you can handle. Understanding the old brain’s resistance makes it easier to say no to distractions that lead nowhere.  Streamlining your life also opens time to do what you want to do, the most challenging moment of all.

When the ancient brain senses you are serious about change it will use all the old strategies that used to keep you stuck in the past: guilt about not doing enough, worry about running out of money, fear of failure, criticism and loss of love.

Just knowing the old brain is up to its scary tricks will give you the courage to call its bluff. Say to yourself, what would I do if I were not afraid? Then go ahead and take that risk and see what happens. Like Bob, you will discover what is best for you is also best for the world.