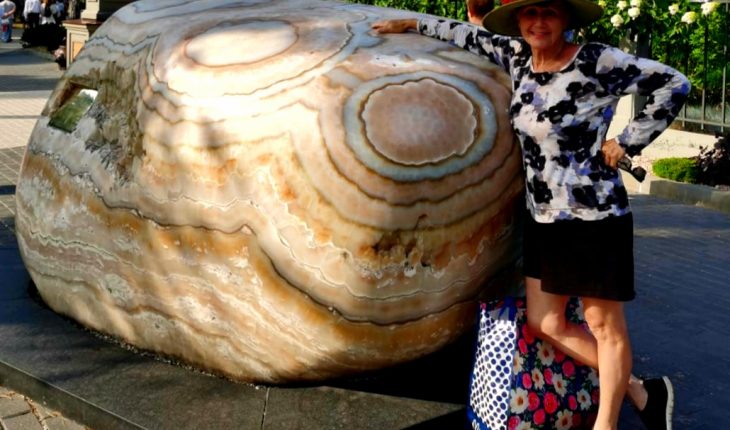 Jurmala is a small resort district outside of Riga. (Jura means sea, mala means edge or side, ergo seaside.) It hugs the shores of the Bay of Riga nestled between the bay and the River Lielupe. The Lielupe in Jurmala is slow moving with a slight current. It is as wide as a small lake.

I was staying with my daughter during a heatwave so most mornings we walked the dog through a pine forest filled with blueberries (yum) and down a small path between reeds and wildflowers to a small beach area with one picnic table. The water of the Lielupe is cool and clear. It borders Jurmala for 30 kilometers.

Warning: Latvia is crawling with ticks with encephalitis. And no one in the US in my area had a vaccine for that kind of tick-borne cooties. (I’ll see your COVID and raise you a brain swelling disease.) Oh, and it is several shots so I didn’t have time to get those shots, if and when I could find them. I just did the old camper anti-tick trick of knee socks, long jeans, high boots. That, and my daughter who has her COOTY shots offered to fetch any particularly juicy berries off the beaten path.

In the other direction (northern) is the Bay of Riga, which takes up a great deal of Latvia the way Puget Sound takes up a huge portion of my home state of Washington. The Bay of Riga (which is one long sandy beach and super shallow so perfect for families) borders Jurmala for 26 kilometers. If you are coming from Riga via train to Jurmala, it is 1 euro and about 40 minutes.

There are 57,653 inhabitants in Jurmala. Most live in apartments or condos. But then there are the massively huge homes that were built with Russian/Soviet money as there was easy access to this coast from Russia via roads and a superior train line built in 1877. The influence of Russia is everywhere in Jurmala. Jurmala is a bilingual city with 36.5% of the population being Russian. Especially noted is the bell ringing every evening in the open bell tower at the Russian orthodox church. It is an amazing show with one woman pulling all the strings, as it were. To be noted, it is not a melody that is played but a cacophony of tones for about 15 minutes. 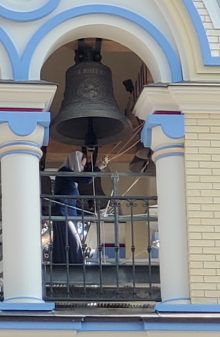 There is an amazing boulder in the center of town at the corner of Meža prospekts and Turaidas ilea. It is apparently made of geos, quartz and crystalized minerals and has been polished like a mirror. Also throughout the area are metal sculptures and 414 protected wooden structures, mostly churches and homes of Russian, Finish, Baltic German, and Latvian design. Built in the late 19th to early 20th century, they are ornate and often painted in bright colors. In total the area has 4,000 old intact wooden structures; many can be seen by just wandering the back streets of Jurmala.

Jomas Street is where you want to start because it is a pedestrian street with shops, bakeries, restaurants, and ice cream stores. It is a few blocks from the train station. It is also just a few more blocks to the beach where there is a plethora of seaside restaurants. Another great idea is to “rent” a cabana on the water’s edge for the day (something like $60 US and worth every penny…cheaper than getting a room for the same deluxe care). We ordered food and drinks all day, went swimming (albeit 50 yards out because it is so shallow), sunbathed, read, and people watched. We chose the Light House Hotel. There are many hotels and restaurants to choose from. Fortunately they are far apart and set back off the beach so it does not look like Miami Beach.

Food is both Russian (lots of borscht) and Latvian with chicken shashlik (skewers) and potatoes. In fact, most restaurants serve mostly Latvian food unless it is specifically Italian, Russian, or seafood.

In direct contrast, there are no homes on the River Lielupe. Bring a picnic with you. Both waterfronts offer a true vacation experience of relaxation, bathing, and sun.