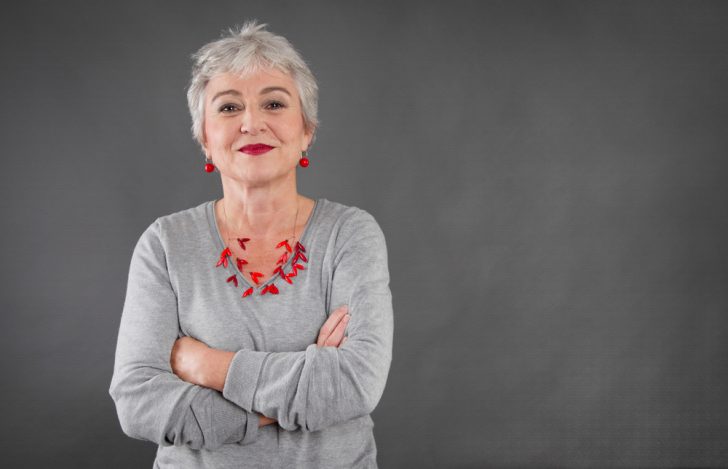 Who Is the Authority in Your Life?

When you were a toddler you were a little learning machine. Your mind made connections so easily your parents and grandparents were amazed by your brilliance. Think how many times you fell down and then got up until you learned to walk. You were internally motivated; nothing could stop you from reaching your goal.

As you grew, you became more externally motivated, copying the examples of peers and authority figures. Some of what you copied worked: flexibility, for example. Some of the behavior did not work, such as intolerance for error.

The fear of criticism may have caused you to internalize a voice that castigates you when you fail to meet superhuman standards. This voice alarms the primal brain, causing you to feel anxious. Until you realize mistakes are how you learn, you live in fear of the internal critic.

How do you challenge the voice that always finds something wrong with you? Begin by distinguishing between the constructive inner critic that says, “Let’s try this, I think it will work better” and the harsh, unforgiving critic. Next, identify the people who criticized you in a destructive way. Then, ask yourself what this behavior means about them.

Shifting the focus to what was going on with shaming critics helps you to see they were projecting their own fear of making mistakes onto you. You could not know this then; to you they were gods.

Objectivity takes harsh critics off the pedestal, which dethrones your own inner critic, since it is a recording of the thoughts, opinions and attitudes of fearful people.

Decoupling from the opinions of people who once had influence over you is not easy. It may take a knock-down, drag-out battle between the self who is emerging and the self who knows it will be out of a job when you no longer need its defenses.

If you can bear with the setbacks and delays that often characterize personal transformation, asking for help when you need it, what you gain is a more compassionate way of relating to yourself. An added benefit is the inspiration you will be to others.

Working for the Gold Star

The late John Holt inspired many people with his innovative ideas on the subjects of learning and intelligence. Two of his books sold millions of copies, and they are still on the must-read lists of many parents and teachers: Why Children Fail and How Children Learn.

Later on in life, Holt decided that because of institutional resistance to change, it wasn’t possible to reform elementary education, so he encouraged parents to take charge. His suggestions on how to educate children at home pioneered the home-schooling movement.

In an interview with Mother Earth News, Holt made clear when and why children lose the love of learning for its own sake: “If you take somebody who is doing something for her or his own pleasure and offer some kind of reward for doing it–and let the person become accustomed to performing the task for that reward–then take the reward away, the individual will stop that activity.”

Working for the Gold Star trains the child to be externally motivated. As Holt said, “Society expects schools to get students to the point where they do things only for outside rewards. People who perform tasks for their internal reasons are hard to control.”

It is not the intention of teachers to take away children’s motivation, Holt added, but “that is exactly what often happens.”

The Fear of What “They” Think

Children who do what they want to do without checking in with peers or authority figures are hard to control, Holt said. By implication, children who are externally motivated are easier to control.

Think back to a time when you showed your work to parents or other caretakers. Did they say, “Oh, that is really good,” or did they express disapproval or disinterest? Did they correct your work? After that, did you remember this reaction as you worked?

Imagine how you would have felt if parents and others had asked you to tell them about the work and what you were trying to accomplish. In other words, what if you had been taught to focus on what you thought and felt?

When authority figures disagreed with you, did you feel anxious and doubtful? Did you go to others for validation? Or did you ignore them?  How do you react to authority figures today? If you are in a position of authority, how do you handle disagreement?

Keep in mind the word authority refers to people who know what they are doing, not just to people who are in positions of power. Competent authorities got where they are because of hard work and talent. They are self-correcting, and they are open to correction.

Some people are in such a hurry to get in positions of power they skip the steps that prepare them for leadership, such as mastering the task at hand, rather than focusing on the end result (the Gold Star). These are the bosses everyone leaves, whereas everyone wants to work for the boss who does not take shortcuts.

Imagine you do not have the fear of making mistakes. There is no critical voice inside or outside of you. You are in control, one of the most valuable assets a learner can have, Holt said. It is not how much you know how to do, but how you behave when you do not know what to do: “The intelligent person, young and old, meeting a new situation opens himself up to it; he tries to take in with mind and senses everything he can about it; he thinks about it, instead of about himself or what it might cause to happen to him; he grapples with it boldly, imaginatively, resourcefully and if not confidently at least hopefully; if he fails to master it, he looks without shame or fear at his mistakes and learns from them. This is intelligence. Clearly its roots lie in a certain feeling about life, and one’s self with respect to life.”

The attitude Holt describes is faith; the feeling you had when you took your first step, when you learned to ride a bike, and when you faced any challenge that was important to you. Whatever you truly want to do now, take the first leap of faith. Then you will rediscover the joy of learning.