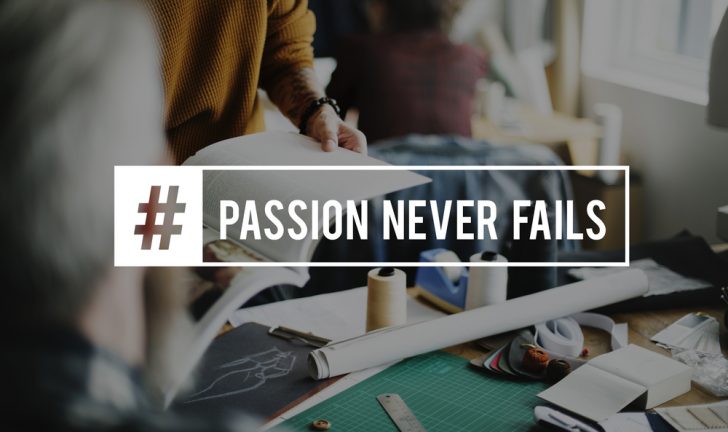 Why the Right Work Makes You Grow

The work that is right for you not only satisfies your needs it also makes you grow. This is because fears and insecurities come to the surface when you do what you care about, as opposed to being in a job that doesn’t mean that much to you.

As the years go by, the desire to get better, not only for you, but also for the people you serve transforms you into a finer version of yourself, smarter, wiser and more compassionate.

Becoming a better person is not everyone’s idea of what work will do for you. For many people, work is about making enough money so you can do what you really want to do. This is akin to those who work for retirement, only to die a few years later.

Taking a job or starting a business to make money will give you the income you want, but unless your heart is engaged the tendency is to stick with what you know. You may wind up with more money and possessions, but you will be the same when you come to the end of your life, full of regret for never having lived.

The Inner Demon that Sabotages Growth

There are many inner demons that keep you from reaching your full potential. The most common barrier to growth is the voice that convinces you life is meaningless and you are worthless. No matter what you do it won’t be good enough and who cares anyway, says the voice, so you might as well drink, drug, watch YouTube or TV, shop, travel, blame others, get in fights with the family, or use other escapes to avoid the risk you need to take.

The voice that never shuts up is rooted in decisions you made about yourself and life in general while growing up in a family where preserving the picture was more important than reality.

The picture presented to the outside world may have been in direct conflict with what was really going on in the family. If you questioned this illusion you were told you were not seeing what you were seeing, hearing what you were hearing, or feeling what you were feeling. This is particularly true in families who are in denial about addiction, abuse and incompetence.

Unless someone outside the family acknowledged that all was not as it seemed, you lost touch with the voice that tells you the truth. Rediscovering the voice that knows can be the work of a lifetime. Being in the right work speeds up that process because it confronts you with what you need to change about yourself if you want to succeed, as Kevin learned.

Kevin’s desire to leave his job as a salesman did not make sense to me. But as he wrote his autobiography it became clear his dissatisfaction was the result of childhood conclusions he made based on limited information. For example, he was angry with his parents because he thought they controlled him. He felt the same way about his bosses and his wife.

Kevin’s distorted view of others’ motives is the reason I ask my clients to write their autobiographies, and to call parents and other authority figures by their first names. Objectivity reveals the truth about what was going on between my client and these people, conflicts that don’t show up on a resume.

The theme in Kevin’s story was that people controlled him. That he let them control him was the real problem. For example, he said he was not allowed to pick his college, and that he rarely made the important choices in his life.

Kevin saw himself as a victim, the position he took in all his relationships. He could not see he allowed others to make decisions so he could avoid the hard work of doing his own thinking.

On the contrary, Kevin saw himself as an independent person who was under constant siege. But his actions did not match this self-image, dishonesty that gave his inner critic plenty of ammunition.

Kevin’s wealthy parents had made life too easy for him. They assumed they were being good parents when they used their resources to help Kevin get ahead in life. Although well meaning, his parents took away the struggle Kevin needed to develop character, the resilience that gets us through disappointment, setback and delay.

Benign neglect is a better way to bring up children like Kevin; non-interference intended to benefit him more than continual attention. Children of such parents do well as adults because they have early experience making decisions. First, they learn how to make a decision. Second, if their parents do not criticize them when they fail, they learn to accept failure as a learning experience, not a measure of their worth.

Third, if children learn that no matter what happens more good than bad comes from the choices they make, they learn to trust their judgment, and to enjoy the process of trial and error, rather than look for an exit when the going gets hard.

Kevin could not get beyond his anger at the parents because he still depended on them. He called them whenever he had to make an important decision, and then berated himself for needing their help.

There is a direct correlation between independence and respect, just as there is a connection between dependence and hostility. We hate what we depend on, since it undermines our confidence. Conversely, when we can meet our needs in a healthy way we have high self-regard.

As we worked through the autobiography and Kevin’s work history he realized he had made good decisions.

“I do know what is best for me,” Kevin said with surprise, after we discussed the results of a crucial life choice.

I suggested to Kevin that he stop calling his parents for advice, and to imagine he could get along well without the money they’d leave him.

“That will stimulate your mind to come up with even more solutions.” I said.

Several weeks later Kevin called to say he had broken the habit of calling his parents for advice.

“After you and I talked it was as though a light went off inside my head,” Kevin said. “It was hard to hear what you said, but then I started thinking about the customers I have trouble with. Suddenly I knew what the work problem was, and the solution: I was letting them control me, and then I’d get angry with them, just like I do with my parents. I decided I needed to set boundaries. That knowledge was there all along, but I was too stubborn to admit the truth.”

I’m always impressed by my clients’ courage. Change is so difficult, especially change that terminates the child’s bond (as in bondage) to the parents. We fear we’ll be all alone in the world if we give up that tie. Our old way of relating to authority will end when we change, and that feels like a death, but it’s replaced by a more mature point of view.

As proof, Kevin said his new way of thinking had not only improved his relationship with his customers.

“My wife says I’m like a new person,” Kevin said, smiling. “And my teenaged sons look at me in amazement when I say mistakes are a normal part of learning. They’re used to their old perfectionist father.”

“And your parents?” I asked.

“My parents treat me with more respect. Not that there wasn’t push back on their part, and anxiety on mine when I asked them not to interfere. But at some level, they know I don’t want anything from them but a relationship.”

“Growing up solves all our problems, Kevin,” I said, and we both laughed.

The Right Niche Could Be Where You Are

Kevin was in the right niche, and he stayed there, earning salesman of the year once he resolved his conflict with authority. While the recognition from his boss and peers was welcome, he said inner peace was the real achievement.

“The negative voice is still there, but I don’t pay as much attention to it.”

Taking responsibility for his choices moved Kevin out of the victim role. This did not mean he blamed himself for mistakes he made in the past; at the time he thought he had no other alternative.

“Today is not yesterday,” Kevin said. “Being honest with myself takes daily effort. Old habits are so familiar. But I’m getting better at correcting without castigating myself.”

Breaking free from the grip of old ways gave Kevin hope for a better future. Faith in himself dissolved his anger and softened his heart. Now he can create the life he was born to live.

Nancy Anderson is a career and life consultant based in the Sacramento/San Francisco Bay Area. She is also the author of the bestselling career guide, Work with Passion, How to do What You Love For a Living, and Work with Passion in Midlife and Beyond, Reach Your Full Potential and Make the Money You Need. Nancy’s website is workwithpassion.com.