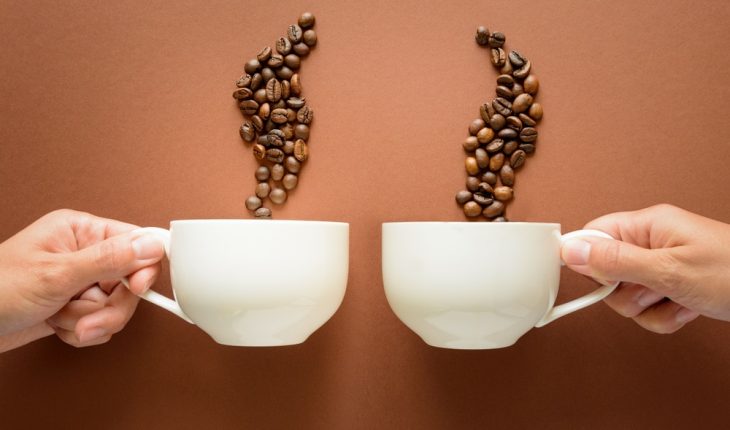 The newest weapon in the battle against Alzheimer’s and Parkinson just might be coffee – and dark-roasted at that, new research says.

“Coffee consumption does seem to have some correlation to a decreased risk of developing Alzheimer’s disease and Parkinson’s disease,” said Dr. Donald Weaver, co-director of the Krembil Brain Institute, in Toronto. “But we wanted to investigate why that is — which compounds are involved and how they may impact age-related cognitive decline.”

A compound found in coffee inhibits proteins associated with Alzheimer’s and Parkinson’s.

Weaver enlisted Dr. Ross Mancini, a research fellow in medicinal chemistry, and Yanfei Wang, a biologist, to help. The team chose to investigate three different types of coffee – light roast, dark roast, and decaffeinated dark roast. Mancini then identified a group of compounds known as phenylindanes, which emerge as a result of the roasting. “The caffeinated and de-caffeinated dark roast both had identical potencies in our initial experimental tests,” said Mancini. “So we observed early on that [the] protective effect could not be due to caffeine.” Phenylindanes are the only compound investigated in the study that inhibit beta amyloid and tau from clumping. These two protein fragments are common in both Alzheimer’s and Parkinson’s. “So phenylindanes are a dual-inhibitor,” Weaver said. “Very interesting. We were not expecting that.”

Because roasting leads to higher quantities of phenylindanes, dark roasted coffee appears to be more protective than light roasted coffee.

“It’s the first time anybody’s investigated how phenylindanes interact with the proteins that are responsible for Alzheimer’s and Parkinson’s,” Mancini said. “The next step would be to investigate how beneficial these compounds are, and whether they have the ability to enter the bloodstream or cross the blood-brain barrier.” Much more research is needed, he said.

But, he admits, there is much more research needed before the team’s discovery can, or would be, recognized as a treatment.

“What this study does is [try]to demonstrate that there are indeed components within coffee that are beneficial to warding off cognitive decline. It’s interesting, but are we suggesting that coffee is a cure? Absolutely not.”