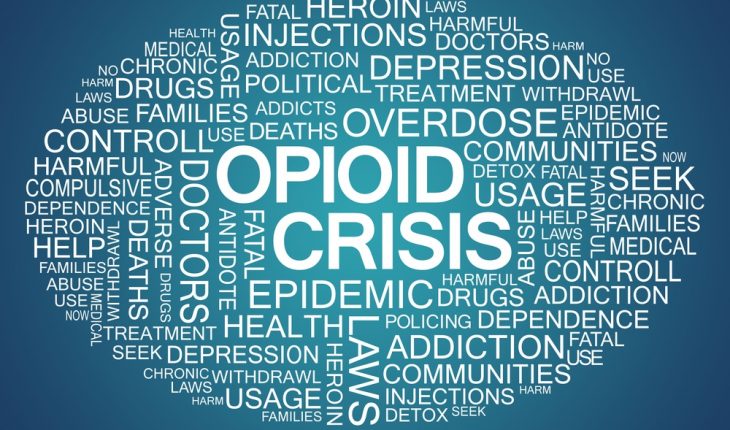 Could Another Drug Fight Opioid Misuse?

Researchers are testing an experimental drug aimed at treating cravings associated with opioid use disorder (OUD).

The trial has begun at the Clinical Center of the National Institutes of Health (NIH). The research, conducted on healthy adults, will analyze the safety of the experimental compound, ANS-6637, and how it is processed in the body when given with another drug that is processed by the same liver enzyme pathway.

The NIH’s National Institute of Allergy and Infectious Diseases (NIAID) is helping to conduct the trial, which is funded through NIH’s Helping to End Addiction Long-Term (HEAL) Initiative, a comprehensive program to accelerate research efforts to stem the public health crisis of OUD.

“Opioid drugs play an important role in controlling pain, but have strong potential for misuse, as evidenced by the opioid epidemic gripping every region of the United States. Opioid misuse and addiction are associated with high-risk behaviors that may lead directly or indirectly to infections with HIV or hepatitis C virus, to other illnesses, and to premature death,” NIAID Director Anthony S. Fauci, M.D. said in a NIH release. “Because substance use disorders and certain infectious diseases are often intertwined, infectious disease physicians must understand and be prepared to address both issues in order to provide optimal care for their patients.”

Opioid use causes a surge of the neurotransmitter dopamine in the brain, and habitual use ‘rewires’ the brain’s reward system, possibly generating irresistible cravings to both opioids and associated cues, like injecting equipment or drug use partners. “At this time, there are few pharmacological interventions that specifically target the cravings felt by some patients who have physical dependence or opioid use disorder,” said Henry Masur, M.D., chief of the Clinical Center’s Critical Care Medicine Department, and a principal investigator in the new trial. “This trial will lay the groundwork for future studies; together these may lead to effective treatments for the drug cravings that impede the pursuit of sobriety.”

ANS-6637 is being developed by Amygdala Neurosciences, Inc. Pre-clinical studies in animals suggest that the compound inhibits the dopamine surge that accompanies opioid use in persons with OUD, without impacting the background levels of dopamine required for normal brain functions.

The trial will have 50 healthy adults aged 18 through 65 years. Participants will stay in the Clinical Center in Bethesda, Maryland and return for a final outpatient visit after one week.

Opioid use disorder is a treatable medical illness that has been held back from scientific advance by stigma and misconception.

On the first day, volunteers will receive a single dose of the licensed drug midazolam. Midazolam, also known as Versed, was chosen because its processing by the body is well understood, acting as a template for liver metabolism. They will receive no drug on day two. On study days three through seven, volunteers will receive 600 milligrams of ANS-6637 each day. On day eight, participants will receive midazolam and ANS-6637 together to see how the investigational agent affects midazolam levels. This in turn will help researchers understand how ANS-6637 is processed by the body, setting up the next phase of scientific investigation in patients with OUD.

“Opioid use disorder is a treatable medical illness that, much like in the early days of HIV, has been held back from scientific advancement by stigma and misconception,” said Sarah Kattakuzhy, M.D., associate investigator and assistant professor at the Institute of Human Virology at the University of Maryland School of Medicine in Baltimore. “With the support of the HEAL Initiative and NIAID, we can now assess a novel potential therapeutic in the treatment of OUD. If proven effective, ANS-6637 could be part of a comprehensive package of services, including harm reduction, opioid agonist therapy and behavioral interventions, enabling us to offer our patients the highest level of evidence-based therapy.” Dr. Kattakuzhy and colleagues are planning further study of ANS-6637 as a treatment for OUD in clinical trials at the University of Maryland School of Medicine.

Additional details about the study are are available here using the identifier NCT03831971.