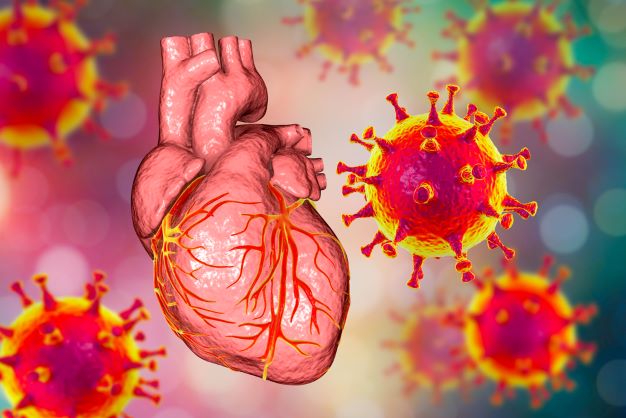 U.S. deaths from heart disease spiked in 2020 at the start of the COVID-19 pandemic after a steady decline from 2010 to 2019, reversing a public health success, according to preliminary research to be presented at the American Heart Association’s Scientific Sessions 2022. The meeting, held in person in Chicago and virtually, Nov. 5-7, 2022, is a premier global exchange of the latest scientific advancements, research and evidence-based clinical practice updates in cardiovascular science.

Death rates from heart disease in the U.S. had been declining among adults since at least the 1990s however, a review of data in 2020 found that heart disease death rates increased across adults in all age groups, sex, race and ethnicity groups, particularly among younger adults and non-Hispanic Black adults, according to the lead study author Rebecca C. Woodruff, Ph.D., M.P.H., an epidemiologist at the Centers for Disease Control and Prevention (CDC).

“Prior to 2020, death rates from heart disease had been declining among adults for decades, which has been recognized by the CDC as one of the ten greatest public health achievements of the last century,” Woodruff said. “The increases in death rates from heart disease in 2020 represented about 5 years of lost progress among adults nationwide and about 10 years of lost progress among younger adults and non-Hispanic Black adults.”

The spread of COVID-19 in the U.S. began prompting school and workplace closings in some states in February 2020. It was declared a global pandemic by the World Health Organization the following month and stay-home orders were widespread. The first COVID-19 vaccinations for adults and some teens were available in December 2020.

“The COVID-19 pandemic disrupted many aspects of daily life, including access to preventive health care, which may have led to delays in detecting and treating heart disease,” Woodruff said. “We expected to see an increase in heart disease death rates among adults, however the magnitude of the increase was striking.”

Researchers analyzed 2010 to 2020 information from the CDC’s Wide-Ranging ONLine Data for Epidemiologic Research (WONDER) database, which aggregates death certificate data across the U.S. from the National Vital Statistics System. Among the findings:

Researchers also noted that while the findings need further investigation, growing evidence suggests people who have had COVID-19 infection may be at an increased risk for new or worsening cardiovascular disease, which may have been a factor in the rising rates from 2019 to 2020.

Other factors associated with the pandemic lockdown, such as lack of physical activity, increased smoking and increased alcohol use, all contributed to the higher cardiovascular death rates, said American Heart Association(AHA) President Michelle A. Albert, M.D., M.P.H., FAHA, the Walter A. Haas-Lucie Stern Endowed Chair in Cardiology and professor of medicine at the University of California at San Francisco.

“These social determinants of health have a larger effect on people who are economically disadvantaged, Black people, Hispanic people and indigenous and native individuals, so then you have a domino effect resulting in higher death rates and more disease among these populations,” Albert said.

Woodruff added that the CDC is actively investigating heart disease trends after 2020 to see how the trends have evolved. Meanwhile, there are steps to better manage cardiovascular disease risk going forward.

Everyone can improve their cardiovascular health by following the American Heart Association’s Life’s Essential 8: eating better, being physically active, not smoking, getting enough sleep, maintaining a healthy weight, and controlling cholesterol, blood sugar and blood pressure levels. Cardiovascular disease claims more lives each year in the United States than all forms of cancer and chronic lower respiratory disease combined, according to the AHA.

The study was funded by the CDC.

Statements and conclusions of studies that are presented at the American Heart Association’s scientific meetings are solely those of the study authors and do not necessarily reflect the Association’s policy or position. The Association makes no representation or guarantee as to their accuracy or reliability. Abstracts presented at the Association’s scientific meetings are not peer-reviewed, rather, they are curated by independent review panels and are considered based on the potential to add to the diversity of scientific issues and views discussed at the meeting. The findings are considered preliminary until published as a full manuscript in a peer-reviewed scientific journal.