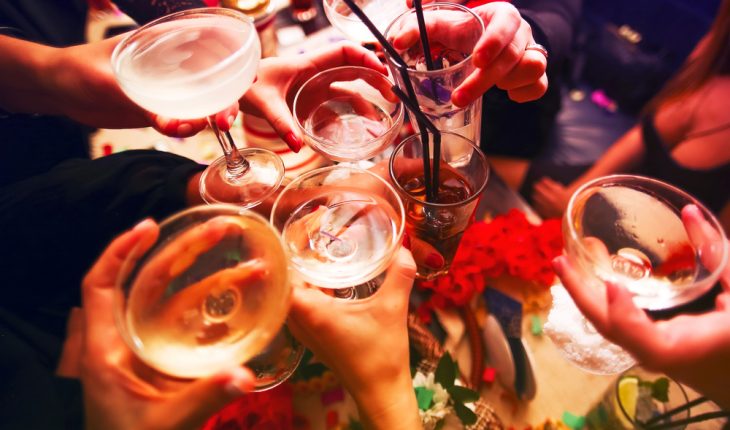 Underage drinking is a serious public health problem in the United States. Alcohol is the most widely used substance among America’s youth, and drinking by young people poses enormous health and safety risks.

The consequences of underage drinking can affect everyone—regardless of age or drinking status.Either directly or indirectly, we all feel the effects of the aggressive behavior, property damage, injuries, violence, and deaths that can result from underage drinking. This is not simply a problem for some families—it is a nationwide concern.

According to the National Institute on Alcohol Abuse and Alcoholism (NIAAA):

People ages 12 to 20 drink 4.0 percent of all alcohol consumed in the United States. Although youth drink less often than adults do, when they do drink, they drink more. More than 90 percent of all alcoholic drinks consumed by young people are consumed through binge drinking, defined as drinking four or more drinks in two hours (for women) or five or more drinks in two hours (men).

Alcohol is a significant factor in the deaths of people younger than age 21 in the United States each year. This includes deaths from motor vehicle crashes, homicides, alcohol overdoses, falls, burns, drowning, and suicides.

Drinking alcohol can cause youth to have accidents and get hurt. Drinking can lead to poor decisions, including unsafe sexual behavior, drinking and driving, and aggressive or violent behavior. Underage binge drinking is associated with an increased likelihood of being the victim or perpetrator of interpersonal violence.

Drinking may cause youth to have trouble in school or with the law. Drinking alcohol also is associated with the use of other substances.

Research shows that people who start drinking before the age of 15 are at a higher risk for developing alcohol use disorder later in life. For example, adults ages 26 and older who began drinking before age 15 are 5.6 times more likely to report having alcohol use disorder in the past year as those who waited until age 21 or later to begin drinking.

Research shows that young people’s brains keep developing well into their 20s. Alcohol can alter this development, potentially affecting both brain structure and function. This may cause cognitive or learning problems and/or increase vulnerability for alcohol use disorder, especially when people start drinking at a young age and drink heavily.

Why Do So Many Young People Drink?

As children mature, it is natural for them to assert their independence, seek new challenges, and engage in risky behavior. Underage drinking is one such behavior that attracts many adolescents. They may want to try alcohol but often do not fully recognize its effects on their health and behavior. Other reasons young people drink alcohol include peer pressure; increased independence, or the desire for it; and stress. Additionally, many young people have easy access to alcohol. In 2019, among 12- to 14-year-olds who reported that they drank alcohol in the past month, 96.5 percent reported that they got it for free the last time they drank.  In many cases, adolescents have access to alcohol through family members or find it at home.

Parents and teachers can play a big role in shaping young people’s attitudes toward drinking. Parents in particular can have either a positive or negative influence.

Parents can help their children avoid alcohol problems by:

Talking about the dangers of drinking

Drinking responsibly, if they choose to drink

Getting to know their children’s friends

Supervising all parties to make sure there is no alcohol

Parents, families, and teachers should pay close attention to the following warning signs that may indicate underage drinking:

Changes in mood, including anger and irritability

Academic and/or behavioral problems in school

Less interest in activities and/or care in appearance

Screening young people for alcohol use and alcohol use disorder is very important and may avoid problems down the road. Screening by a health practitioner (e.g., pediatrician) provides an opportunity to identify problems early and address them before they escalate. It also allows young people to ask questions of a knowledgeable adult. NIAAA and the American Academy of Pediatrics both recommend that all youth be regularly screened for alcohol use.

Professional treatment options include: Attending individual or group counseling sessions one or more times per week. Participating in family therapy to build a supportive foundation for recovery