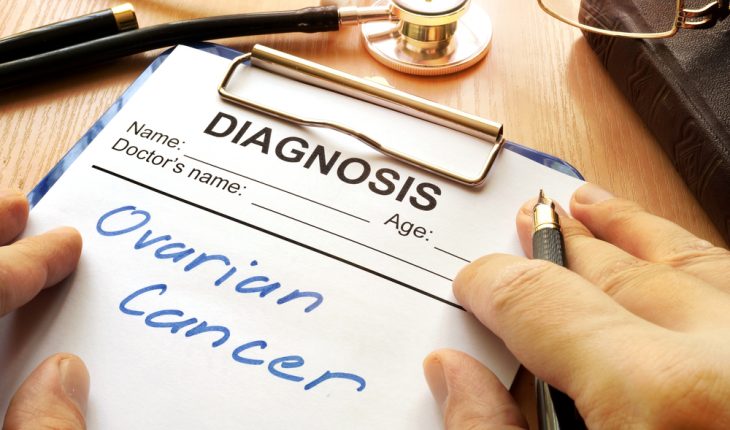 Diagnosis of Ovarian Cancer Delayed by Woeful Lack of Awareness

A global study of women with ovarian cancer has found that two thirds of women had never heard of the disease, or did not know anything about it before their diagnosis.

Although nine out of ten had experienced symptoms prior to diagnosis, fewer than half of those women visited a doctor within a month of noticing symptoms.

Around the world approximately 239,0001 women are diagnosed with ovarian cancer each year and less than half will survive to five years2. Studies3 have shown that around 15% of women die within 2 months of their diagnosis, with age, emergency presentation and co-morbidities placing them at increased risk. Incidence is rising and is expected to reach 371,000 women a year by 2035 – a 55% increase4.

Nine in ten of the women in the Every Woman Study experienced symptoms prior to diagnosis and of these, eight in ten consulted a doctor – though less than half within a month and one in ten waited six months.

Across the world, diagnosis took an estimated average of 31 weeks from a woman experiencing symptoms to her diagnosis; for one in ten women diagnosis came more than a year after visiting a doctor.

There are examples of best practice in prevention, diagnosis and treatment of ovarian cancer across the world, but no one country does well in all three areas. This means there are opportunities right now to transform survival in ovarian cancer, simply by learning from what others do well.

Germany, for example has the fastest diagnosis, yet it is estimated that half of women are unlikely to receive specialist care. The UK, by comparison, has the lowest proportion of women diagnosed within a month of visiting a doctor, yet almost universal access to specialist clinicians. Similarly, Australian women had a longer time to diagnosis – but high rates of surgery.

In Canada awareness is high and women seek medical support yet diagnosis is slow. By contrast in Japan, although awareness is very low and fewer women consult their doctors than elsewhere, women who do visit their doctor about symptoms are diagnosed faster than in other countries surveyed.

“We wanted to find out more about the experiences of women with ovarian cancer and identify what needs to be done right now to tackle this marginalized cancer. The results show that this is a global challenge that can only be taken on by the whole community,” said Elisabeth Baugh, Chair of the Coalition, and CEO of Ovarian Cancer Canada,

Annwen Jones, CEO of Target Ovarian Cancer in the UK and Co-Chair of The Every Woman Study said: “This study, for the first time, provides powerful evidence of the challenges faced by women diagnosed with ovarian cancer across the world, and sets an agenda for global change. We were especially shocked by the widespread, woeful lack of awareness of ovarian cancer. It is vital that urgent steps are taken in every country to raise awareness of the disease and speed up diagnosis so that we can transform the outlook for the increasing numbers of women and their families affected by ovarian cancer around the world.”

Dr. Neerja Bhatla, Chair of the FIGO Gynecologic Oncology Committee, Professor at the All India Institute of Medical Sciences, and clinical Co-Chair of the Study said: “We are pleased to have completed this study, which gives us an idea of the changes that can be made to help women with ovarian cancer. We need to build support and funds for action to achieve profound and long-lasting change for women with ovarian cancer.”

A survey participant in Australia said “Governments need to do more regarding GPs [family doctors] and their lack of diagnosis and interest in women with ovarian cancer. After diagnosis I googled and all my symptoms were mentioned. GPs were not interested enough and made me feel like a hypochondriac. This went on for months!”

The Every Woman Study is an initiative of the World Ovarian Cancer Coalition that aims to transform survival and wellbeing of women diagnosed with ovarian cancer wherever she lives in the world. The study was undertaken to establish a body of evidence that speaks to the global state of affairs of ovarian cancer. This new and unique evidence base will inform the World Ovarian Cancer Coalition’s future work and support advocates all around the world to secure the changes in their countries that women so urgently need and deserve.

The full Every Woman Study was launched on October 18th 2018, ahead of the European Society for Medical Oncology (ESMO) 2018 Congress, Munich.