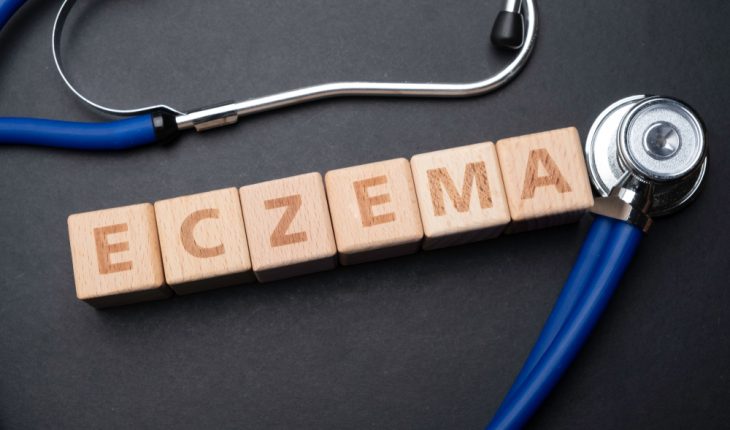 Don’t Let Eczema Flare-Ups Get You Down

Atopic dermatitis usually starts at a young age, most often under five. Dry, scaly, red patches of skin develop, often on the face, arms or legs. These affected areas are extremely itchy, interfering with sleep and triggering scratching that can bring additional skin problems: worsened inflammation and the risk of infection.

Following the first occurrence, symptoms may subside and flare up. About half of the children affected by eczema will see symptoms cease completely by adulthood. For others, the red, itchy patches can continue to interfere distressingly with work and play. (Editor’s note: According to the National Eczema Association, adults can develop eczema even though they never had it as a child.)

Since the 1970s, AD cases have increased, with some industrialized countries’ numbers tripling. Research has yet to fully identify why, but in the U.S., about 9.6 million of those under eighteen have AD, and more than 16 million adults are dealing with the condition.

Atopic dermatitis is not contagious, despite its appearance. Research points to a confluence of genes and environment that trigger an immune system misfire. Genetically, there is a connection between AD, asthma, and hay fever; parents with any one of these conditions are more likely to have children who develop AD. Research has also focused on the skin protein “filaggrin”, which helps maintain a protective skin barrier. A mutation in the gene that codes for filaggrin may be implicated in AD.

At this point, there is no cure for AD. But we have effective treatments that can help patients control symptoms. And early treatment can ward off long-term damage, like lichenification – the skin thickening that can result from chronic scratching.

To help patients manage AD, I suggest the following: Your dermatologist can help customize a plan so that AD doesn’t devastate your life.