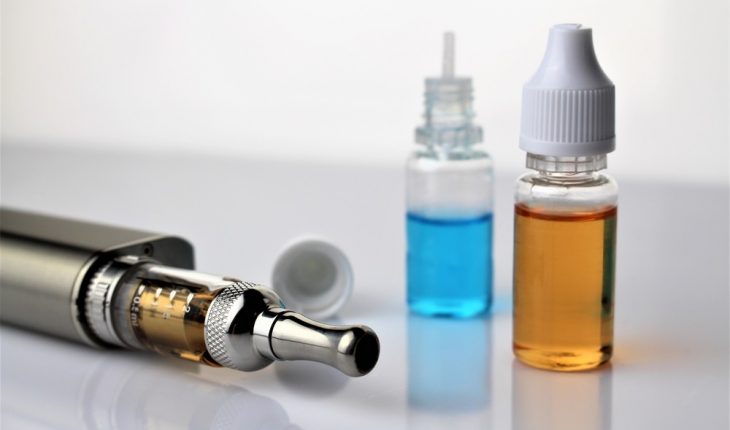 Flavoring and additive ingredients in e-cigarettes may increase inflammation and impair lung function, according to new research.

The study, published ahead of print in the American Journal of Physiology–Lung Cellular and Molecular Physiology, also found that short-term exposure to e-cigarettes was enough to cause lung inflammation similar or worse than that seen in traditional cigarette use.

E-cigarettes, popular battery-powered devices that simulate the act of smoking a traditional cigarette, dispense a vapor derived from liquid chemicals in a refillable cartridge. The refills typically contain propylene glycol, nicotine and often flavorings. Propylene glycol–a colorless, odorless food additive–is found in numerous processed food and beverages; it is also used as a solvent in a number of pharmaceuticals. E-cigarette devices and refills are not well regulated, and the long-term health effects of e-cigarette use are not widely known.

Researchers from the University of Athens in Greece studied several groups of mice that received whole-body exposure to varying chemical combinations four times each day. Each exposure session was separated by 30-minute smoke-free intervals.

One group was exposed to cigarette smoke (“cigarette”);

The research team found an increase in markers of inflammation, mucus production and altered lung function in the propylene, propylene + nicotine and flavoring groups after three days. However, the propylene group showed fewer negative effects with long-term exposure, suggesting the additive alone elicits only a temporary irritation that eventually subsides with continued use. In addition, two inflammation-producing proteins became elevated only in the flavoring group, suggesting that some of the many flavoring components on the market may not be safe for even short-term use.

The condition of the e-cigarette groups in comparison with the cigarette group surprised the researchers. The level of oxidative stress–stress at a cellular level–in the flavoring group was equal to or higher than that of the cigarette group. However, respiratory mechanics were adversely affected only in mice exposed to cigarette smoke and not to e-cigarette vapor after prolonged treatment. “The observed detrimental effects in the lung upon [e-cigarette] vapor exposure in animal models highlight the need for further investigation of safety and toxicity of these rapidly expanding devices worldwide,” the researchers wrote.