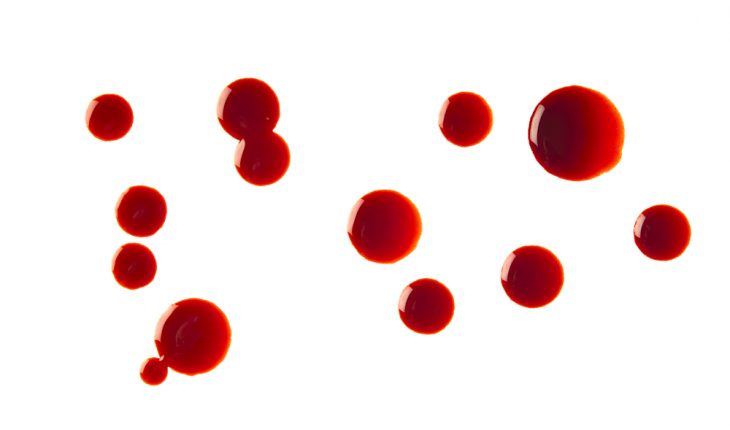 Everything You Should Know About Hemophilia

Imagine you are chopping vegetables for stir fry and slice your finger.

Normally, it bleeds (and hurts). You apply some pressure and your body gets to work: proteins in your blood come together and begin to clot so that the flow of blood stops. For the 20,000 Americans with hemophilia, their blood is lacking this clotting factor. So injuries everyone else deals with as a matter of course can become life threatening because the flow of blood cannot stop.

Hemophilia is a gender-linked disease, meaning it is transmitted on the X chromosome that comes from the mother. Like color blindness, hemophilia is primarily found in men—not always, but most commonly. Women are carriers of the gene and sometimes have low-key symptoms that aren’t noticed for a long time, because of their gender.

One-third of hemophiliacs get the disease spontaneously, without any family history.

There are different types of hemophilia, depending on which clotting factor your blood is missing. The most common is Hemophilia A, which impacts four times more people than Hemophilia B. The other types are all much rarer. There are other bleeding disorders that are often studied and treated together with hemophilia, though they aren’t actually the same disorder. Von Willebrand disease, for example, affects women, causing serious problems during menstruation and childbirth.

The old fashioned treatment for hemophilia was giving patients extra doses of clotting factor derived from other humans. You might remember Ryan White, a child who contracted HIV/AIDS in the 1980s. He was a hemophiliac and was infected during a blood transfusion in 1984. Today, while our blood supply is safe, lab-created clotting factor is the primary source of treatment. The National Hemophilia Foundation says that 75% of patients use these “recombinant factor products.”

If you aren’t a little kid riding your bike and crashing, why is hemophilia such a danger?

It isn’t just cuts and bleeding out that can cause injury. Internal bleeding can go unnoticed until your organs face serious damage. Bruises are brutal, and joints face extra wear.

For those with hemophilia A (which is most sufferers), 60% are severe cases with less than 1% of the necessary clotting factor in their blood. They can have spontaneous bleeding episodes, so they have to take precautions with extra medications before even dental work.

Luckily, it’s not necessary now to wait until a crisis hits. Preventive treatment is growing more and more common—and effective.

That means routine infusions to keep up the level of clotting factor in your blood so that you can avoid dangerous bleeding situations. For kids especially, this can make it possible to live a fairly typical, active life.

Recently published research followed boys for ten years, getting weekly treatment that changed according to their needs. With good monitoring, they were able to mostly avoid serious joint problems, and 70% kept breakthrough bleeding under control. As this is the group most prone to bleeding events, and the primary disease audience, advancements in treatment are making a difference in quality of life.

Because hemophilia is a clearly identified genetic disease, scientists have been working to cure or disrupt it for the last several decades.

The National Hemophilia Foundation has an entire page dedicated to science news, full of updates on clinical trials of promising treatments.

Right now, the most interesting is a gene therapy from the biotech company BioMarin where a virus is injected. There are caveats: you can only do it once—and does not work for all. It has worked to ‘cure’ patients for a time, though two of twelve lost the benefits recently, as reported in the New York Times – which is a huge step towards a more profound treatment.

While progress is still to be made, it’s heartening that an illness once thought of as deadly can now be managed and controlled.