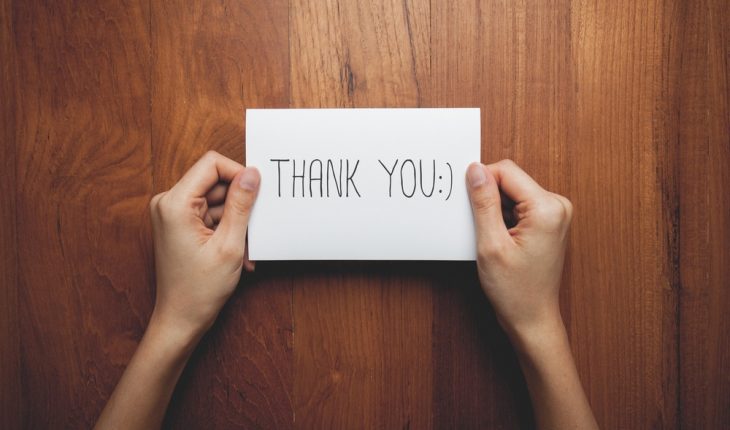 Expressing Your Gratitude Is More Powerful than You Think

Thanking someone really does make a difference: New research shows that people significantly underestimate the positive impact a letter of gratitude has on its recipient.

In the analysis, “Undervaluing Gratitude: Expressers Misunderstand the Consequences of Showing Appreciation,” Booth Professor Nicholas Epley and UT Austin’s Amit Kumar discovered a wide gap between how little senders think their letters of gratitude will affect the recipient and the high level of happiness the recipients feel upon reading the letter.

“There’s so much talk in the world–both in academic literature and in the popular press–that expressing gratitude is good for you,” says Kumar, a postdoctoral researcher at Booth at the time of the research. “But that doesn’t seem to line up with how often people are actually articulating their appreciation in daily life. So, we wanted to find out why–what are the barriers holding people back?”

In a series of four experiments, the researchers asked participants to write a letter to another person who had touched their life in a meaningful way. The researchers asked the letter writers to predict how surprised, happy and awkward the recipients would feel, then they followed up with those recipients to measure how they actually felt.

The results: Participants systematically miscalculated how much people appreciated being thanked.

The researchers also found that the letter writers were unnecessarily concerned about their ability to express their gratitude skillfully. While the writers worried about choosing the right words, the recipients were happy simply by the warmth of the gesture.

“It suggests that thoughts about how competently people can express their gratitude may be a barrier to expressing gratitude more often in everyday life,” Kumar said.