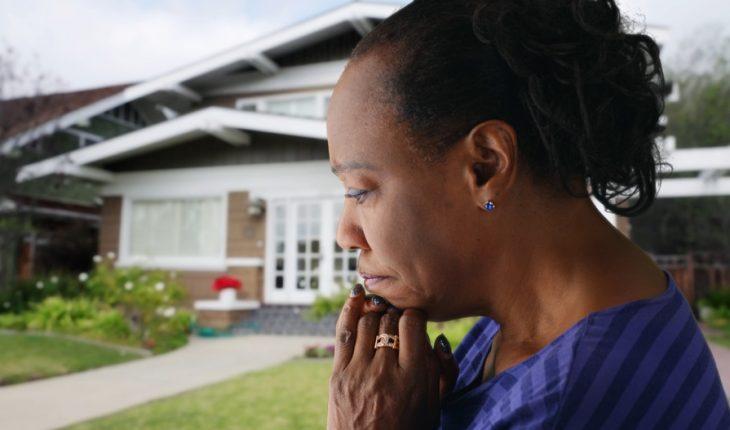 A church-based program to encourage a healthy lifestyle lowered systolic blood pressure more than an educational program alone delivered in other churches, according to new research in Circulation: Cardiovascular Quality and Outcomes, an American Heart Association journal.

The Faith-based Approaches in the Treatment of Hypertension (FAITH) trial is the first and largest community-based study to evaluate the effect of a comprehensive lifestyle intervention on blood pressure reduction among African Americans in prominently black churches. Previously, other faith-based interventions have successfully increased cancer screening, reduced weight and improved fruit and vegetable intake among churchgoers, researchers said.

“Implementation of a lifestyle program in a faith-based setting was very effective in improving blood pressure control and could be routine practice in places of worship,” said Gbenga Ogedegbe, M.D., M.P.H., M.S., senior author of the study, professor of medicine and population health, and director of the Center for Healthful Behavior Change at the New York University School of Medicine. “This is particularly important for black communities who suffer a disproportionately higher burden of heart disease due to high blood pressure, and who may not have access to care due to a lack of insurance or mistrust of the healthcare system.”

Researchers evaluated the impact of a program that combined faith-based lifestyle change with motivational interviewing, compared to health education alone on 373 adults in 32 traditionally black churches in New York City. Participants were average age 63, and 76 percent were women. The program was delivered by trained lay church members.

The intensive intervention included 11 weekly 90-minute sessions focused on a healthy diet (low-fat and low-sodium with plenty of fruits and vegetables), exercise, weight loss, adherence to medication and stress reduction. The curriculum included prayer, scripture and faith-based discussion related to health. After the intensive intervention, participants received three monthly phone calls to help motivate them to continue the lifestyle changes.

In churches not part of the intense intervention, participants received one session on lifestyle change followed by 10 sessions of health education delivered by local experts. In total, 32 traditionally black churches participated.

Researchers found that after the six-month intensive phase of the program, systolic (top number) blood pressure was reduced 5.8 mm Hg more in the faith-based lifestyle change group than in the health education group. The benefit was sustained but smaller (5.2 mm Hg) after nine months. However, researchers could not rule out that the latter finding was not due to chance alone. There was not a significant change in diastolic pressure (bottom number in a blood pressure reading).

“Although the blood pressure reduction at nine months did not reach statistical significance, its clinical implications remain very important given that most trials of high blood pressure treatments have a similar magnitude of effect,” Ogedegbe said. “We do think that a stronger support component in the six- to- nine- month period may have led to even greater blood pressure reduction. Future studies could evaluate additional support, such as tailored text messages and brief check-ins with lay health advisors.”

The study is limited because it could not determine how much of the difference in blood pressure resulted from lifestyle improvements and how much from changes in medication or better adherence to medication.

“Participants were encouraged to speak with their physicians about their medications and any problems they were experiencing. Future research should test an intervention that links the community and clinics as partners in delivering the intervention,” Ogedegbe said.

An accompanying editorial by Jeremy Sussman, M.D., M.S., and Michele Heisler, M.D., M.P.A., noted that a community-based hypertension intervention based in black barbershops reported three times greater blood pressure reductions than this church-based study. The two trials had several differences. The church-based study focused on behavior change mostly among women who may not have attended church regularly, while the barbershop trial focused on blood pressure management among men getting haircuts at least once every six weeks.

“Despite these key differences, both studies significantly advance the field of intervention research targeting access to healthcare of high-risk populations,” Sussman and Heisler wrote. “They both showed the effectiveness of using trusted members of the community to deliver care. They reinforce the value of reaching out to communities who have limited access or do not trust the medical community, especially communities who have excellent reason to feel that distrust.”

They note that these studies demonstrate how far the U.S. medical system must go to provide care that is fair to underserved and vulnerable populations. “As long as black Americans receive worse care and have lower access to tests and treatments, community-based efforts will be essential,” the editorial authors wrote.

In a commentary for the AHA Centers for Health Metrics and Evaluation, American Heart Association President Ivor Benjamin, M.D., noted the study confirms the value of community-based interventions delivered by trusted community members.

“These approaches can play a critical role in African-American communities, where lack of health insurance or distrust of the healthcare system may limit access to care,” Benjamin said. “Future efforts should focus on how to maximize the potential public health impact of these community-based interventions, such as increasing participant enrollment, engagement and retention. Then, we’ll need to scale up and sustain what works.”

The National Heart, Lung, and Blood Institute funded the study.

Statements and conclusions of study authors published in American Heart Association scientific journals are solely those of the study authors and do not necessarily reflect the association’s policy or position. The Association makes no representation or guarantee as to their accuracy or reliability. The Association receives funding primarily from individuals. Foundations and corporations (including pharmaceutical, device manufacturers and other companies) also make donations and fund specific association programs and events. The Association has strict policies to prevent these relationships from influencing the science content. Revenues from pharmaceutical and device corporations and health insurance providers are available at https://www.heart.org/en/about-us/aha-financial-information.

The American Heart Association is devoted to saving people from heart disease and stroke – the two leading causes of death in the world. We team with millions of volunteers to fund innovative research, fight for stronger public health policies and provide lifesaving tools and information to prevent and treat these diseases. The Dallas-based association is the nation’s oldest and largest voluntary organization dedicated to fighting heart disease and stroke. To learn more or to get involved, call 1-800-AHA-USA1, or visit www.heart.org.