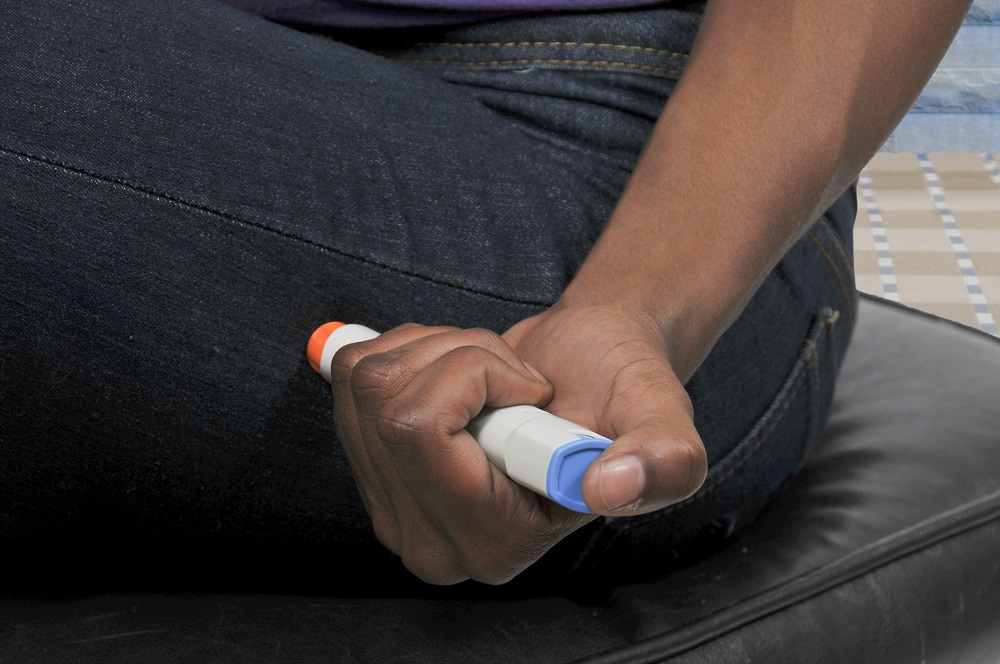 The federal Food and Drug Administration (FDA) has approved the first generic competitor to the EpiPen and EpiPen Jr., the auto-injector for the emergency treatment of life-threatening allergies.

Mylan, the original manufacturers of the device, had been sharply criticized for raising the cost more than 400 percent over a decade, according to CNBC. The Israeli company Teva Pharmaceuticals now has the right to market the device, the FDA said.

The agency said in a news release that life-threatening allergies treated by the EpiPen can include reactions to insect bites or stings, foods, medications, latex or other causes. Anaphylaxis is a medical emergency that affects the whole body and, in some cases, leads to death. Anaphylaxis occurs in approximately one in 50 Americans. People who have had an anaphylaxis episode always face the risk of another one. Because of this risk, they must carry an emergency dose of epinephrine at all times. Many must keep more than one dose at hand.

Mylan, which manufactures EpiPen in conjunction with Pfizer, had been charging $600 for a two-pack. It also manufactured a cheaper, generic version, but was the only company that could do so until the FDA approved Teva as another manufacturer. Competition-and any further approvals of manufacturers-will bring the price down.

In a statement, FDA Commissioner Scott Gottleib, M.D., said that “the approval of the first generic version of the most-widely prescribed epinephrine auto-injector in the U.S. is part of our longstanding commitment to advance access to lower cost, safe and effective generic alternatives once patents and other exclusivities no longer prevent approval. This approval means patients living with severe allergies who require constant access to life-saving epinephrine should have a lower-cost option, as well as another approved product to help protect against potential drug shortages.”

The FDA later extended by four months the expiration date of the Mylan EpiPen, because of the shortage of the devices.