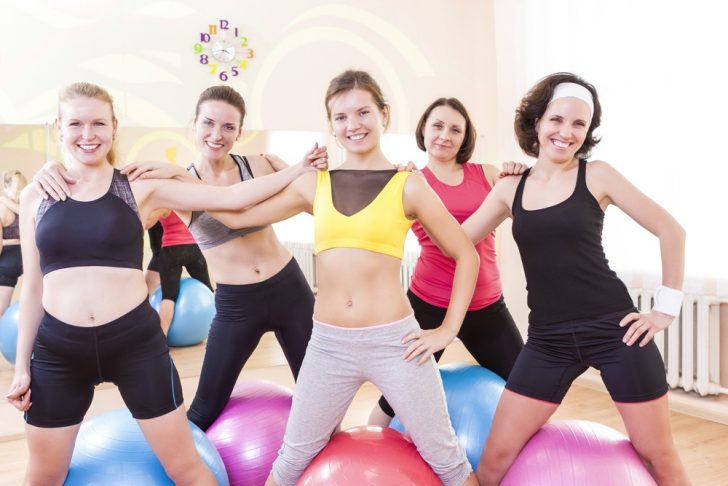 Fitness Instructors' Remarks Can Influence Women's Attitude about Themselves

Women in exercise classes feel good about themselves if the instructor makes positive remarks about strength instead of implicitly criticizing body types, according to new research.

“Our goal was to determine whether the psychological outcomes of a fitness class might vary based on whether the instructor made motivational comments based on health versus appearance,” said Renee Engeln, lead author of the study and professor of instruction in psychology in the Weinberg College of Arts and Sciences at Northwestern University. After taking the 16-minute conditioning session, women reported more positive emotions and felt more satisfied with the shape of their body if the instructor said things like, “This exercise is crucial to developing strength in the legs; these are the muscles that truly help you run, jump, sprint like a super hero!” But those randomly assigned to the class in which the instructor made appearance-focused comments like, “This exercise blasts fat in the legs, no more thunder thighs for us! Get rid of that cellulite!” didn’t show those same emotions.

“If we want people to exercise, we need to remove shame from the equation.”

“We also asked the women to list three words that described how they felt at the end of class,” said Engeln, author of Beauty Sick (HarperCollins, 2017). “Those who heard appearance-focused comments were much more likely to write things like ‘ashamed’ and ‘disgusted with myself.’ Those in the health-focused classes were more likely to write things like ‘accomplished’ and ‘strong.'”

Engeln said the study is one more reminder that words really matter.

“The women in this study all did the same exercises, in the same room, with the same music playing,” Engeln added. “Yet just modifying the script the fitness instructor used had a meaningful impact on the way they felt about themselves afterward. If we want people to stick with exercise, we need to remove shame from the equation.”