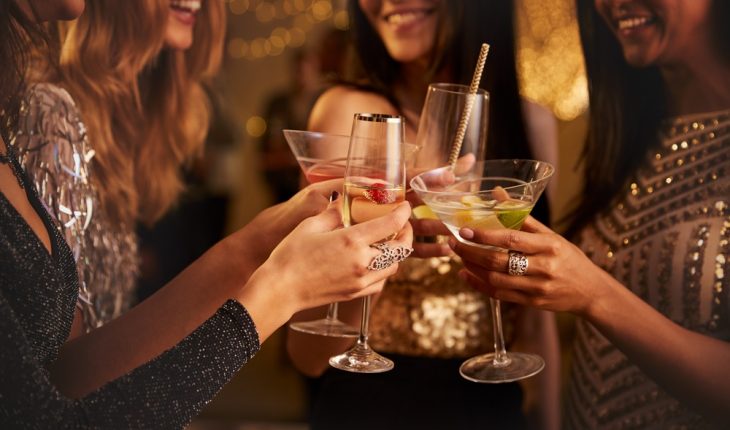 It is not uncommon for people to hold familiar myths as fact. Many people regard old proverbs about partying and alcohol as tried and true. Most often, they’re not. Here are five myths – and the real facts:

Myth #1: Eating after a night of heavy drinking will reduce your hangover

The general belief is that food will sober you up by helping absorb the alcohol you’ve consumed throughout the night. However, by the time you eat that convenience-store donut, it might be too late.  expert suggests that by the time you eat that corner store donut, it might be too late. Alcohol hits the bloodstream almost immediately after consumption. By the time you eat the junk food you crave, your system has already absorbed the alcohol. Instead, make a mindful decision to eat something before you begin to drink and then party and drink with moderation to avoid the negative effects. And remember that food consumed before a night of drinks only delays the absorption of alcohol but doesn’t eliminate it.

Myth #2: A cold shower will sober you up quickly

The truth is though the cold shower can make you more alert because of the shock of the cold water, it won’t change what is going on in your body. Your liver is dealing with the alcohol you subjected it to and your body is dealing with the fatigue. The standard notion is that your liver metabolizes 1 to 1.5 ounces of liquor in an hour. That is one standard drink. If you drank more than that, then it piles up in the blood and body tissue until the liver has time to process it. The system has to run its course in processing the alcohol and a cold shower wouldn’t change what is already inside your system waiting to be metabolized. Myth #3: Liquor prior to beer is safe, but beer prior to liquor can make you sicker.

The myth originates from the misconception that one standard beer has less liquor than a shot of hard liquor like vodka or whiskey. This is not true. Basically, the idea is that you start with the “stronger” liquor in order to get inebriated quickly and then the “lighter” alcohol to keep the buzz going. One standard shot of vodka has the same about of liquor as a 12 ounce of beer. So the only thing you are affecting is the volume at which you start. In any case drinking too much alcohol too quickly, regardless of what you are drinking, will make you sick. Pacing yourself is the key to not being sick. Anything in excess can be dangerous, and that is especially true for alcohol.says Dr. Duy Nguyen who practices his specialty at Beachway Therapy Center, a dual diagnosis treatment facility in Boynton Beach, Florida.

It’s surprising how many people believe in their own ability to sober up if a serious enough situation arises. This belief is dangerous because aside from being scientifically inaccurate, it leads to poor decision making.  Drunk drivers often believe that they can sober up once they have to drive, but they can’t. They can end up causing accidents, hurting or even killing other people or themselves. There is no change to the blood alcohol level in your body caused by the need to sober up. You may feel some adrenaline that makes you more alert momentarily but your perception will still be impaired, and brain functions dealing with decision making and operations will still be under the influence.

Myth #5: Painkillers while drinking will prevent a hangover

Medications are not to be taken with alcohol. Period. Pills like aspirin or ibuprofen are popular for headaches, and people disregard the detrimental effects of taking these medications while drinking. Alcohol is a toxin that irritates the stomach and gastrointestinal tract. It can also affect the liver and the central nervous system when taken in excess.  Ibuprofen and aspirin can make this worse. Long-term use of this combination of substances can cause damage to your liver and kidneys and deteriorate the lining of your digestive system.

Nguyen is s a Board-Certified Psychiatrist at Beachway Therapy Center, in Boynton Beach, Florida (www.beachway.com). He is trained in general psychiatry and specializes in providing psychiatric care in a variety of settings, including residential drug and alcohol rehabilitation, inpatient and outpatient mental health, and the VA Medical Center. Nguyen is committed to providing a high level of evidence-based psychiatric care in the drug rehabilitation setting in addition to having a holistic focus on healing and recovery.