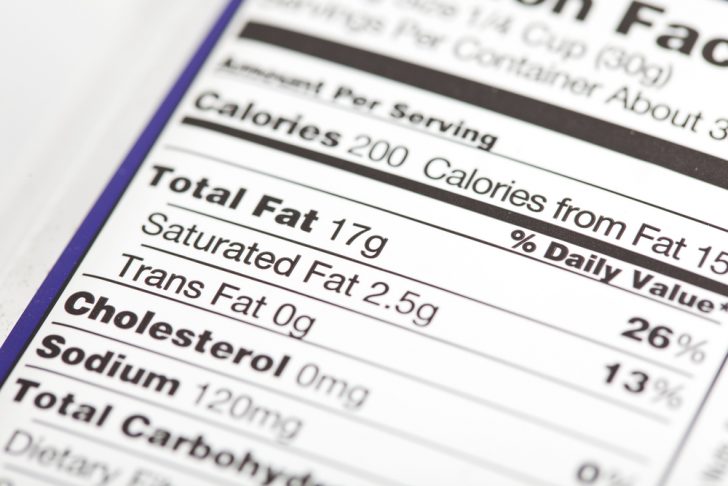 Food Labels Have Effects on Consumption and Product Formulation

Over the past two decades, labels such as the U.S. Nutrition Facts Panel on packaged foods, calorie counts on national restaurant menus, front-of-pack labels encouraging healthier eating, and “low-sodium” or “fat-free” identifiers have been developed in order to promote healthier choices. But do they work?

A new Food-PRICE systematic review and meta-analysis of interventional studies, led by researchers from the Friedman School of Nutrition Science and Policy at Tufts University and published December 17th 2018 in the American Journal of Preventive Medicine, assessed the effectiveness of multiple types of food labels. The researchers found that these approaches can impact some targets, but not others, for both consumer and industry behavior. The 60 interventional studies reviewed were comprised of two million unique observations, including consumer reported dietary intakes, purchases, and sales receipts, and were published between 1990 and 2014.

“Many old and new food policies focus on labeling, whether on food packages or restaurant menus. Remarkably, the effectiveness of these labels, whether for changing consumers’ choices or industry product formulations, has not been clear,” said senior and corresponding author Dariush Mozaffarian, M.D., Dr.P.H., dean of the Friedman School. “Our findings provide new evidence on what might work, and what might not, when implementing food labeling.”

In a pooled analysis of studies that included food labeling on menus, product packaging, or other point-of-purchase materials such as placards on supermarket shelves, the researchers found that labeling reduced consumers’ intake of: In contrast, labeling did not significantly impact consumer intakes of other targets such as total carbohydrate, total protein, saturated fat, fruits, whole grains, or other healthy options.

When industry responses were evaluated, the researchers found that labeling led to reductions of both trans fat and sodium in packaged foods by 64.3 percent and 8.9 percent, respectively. However, no significant effects of labeling were identified for industry formulations of total calories, saturated fat, dietary fiber, other healthy components (e.g., protein and unsaturated fat), or other unhealthy components (e.g., total fat, sugar, and dietary cholesterol), although relatively few studies evaluated these endpoints.

“For industry responses, it’s interesting that the two altered components-trans fat and sodium-are additives,” said Mozaffarian. “This suggests that industry may be more readily able to alter additives, as opposed to naturally occurring ingredients such as fat or calories, in response to labeling. It will be interesting to see whether this will translate to added sugar, newly added to the Nutrition Facts Panel on food labels in the United States.”

The researchers also examined the effects of label type, placement, and other characteristics. No consistent differential effects were found by label placements (menu, package, other point-of-purchase), label types (e.g., traffic light, nutrient content), type of labeled products, whether labeling was voluntary or mandatory, or several other factors. The researchers concluded that this suggests that the general presence or absence of information may be more relevant to consumers and industry than the specific type of label.

Limitations were noted. While all studies were interventional, many were non-randomized. Restaurant labeling studies often assessed consumer effects for a single meal, rather than long-term effects. Too few studies evaluated obesity or metabolic risk factors to draw any meaningful conclusions on the effects of labeling on health outcomes. The authors also noted that the studies included in the review were heterogeneous, due to the nature of interventions.

However, by merging findings from 60 interventional studies, the researchers were able to evaluate differences in both consumer and industry responses across 111 intervention arms in 11 countries across four continents. The studies were conducted in the United States/Canada, Europe/Australia, and Asia, and the majority included both genders; most evaluated adults. Most studies evaluated specific meals or products. The findings were centrally pooled in a meta-analysis. Analyses were completed in 2017.

The study is part of the Food Policy Review and Intervention Cost-Effectiveness (Food-PRICE) research initiative, an NIH-funded collaboration of researchers led at Tufts University working to identify nutrition strategies that can have the greatest impact on improving health outcomes in the United States.

First author is Siyi Shangguan, M.D., M.P.H., Massachusetts General Hospital and Harvard Medical School. She conducted this work when she was a research assistant at the Friedman School.