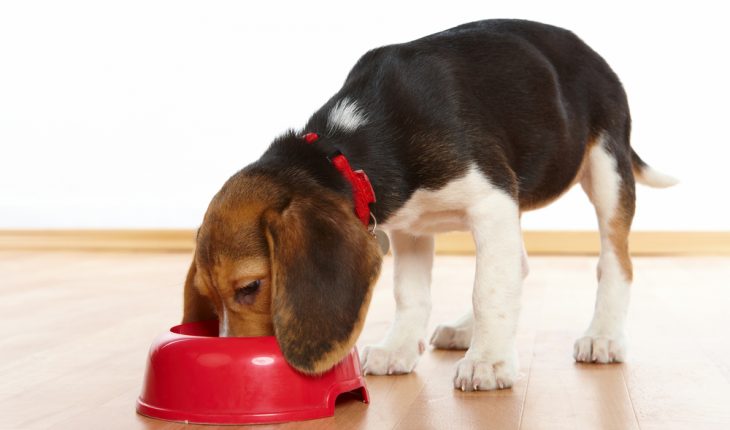 Fresh and Raw Diets for Dogs May Have Health Benefits

Many dog owners think of their furry companions as part of the family, and now products are available to feed them that way, too. Some owners are moving away from traditional extruded kibble products, instead choosing ultra-premium fresh and raw diets found in the refrigerated aisle. The foods may look more similar to what we’d feed a member of the family, but many of the newer diets haven’t been rigorously tested for performance in dogs.

A release from the University of Illinois quotes Kelly Swanson, corresponding author on a new study published in the Journal of Animal Science and Kraft Heinz Company Endowed Professor in Human Nutrition in the Department of Animal Sciences and the Division of Nutritional Sciences at the University of Illinois, as saying, “A lot of companies test for complete and balanced nutrition, but don’t go beyond that. The company we worked with – Freshpet – wanted to see how some of their unique diets would perform. Would dogs like them? Were they digestible? Would they increase activity?”

The study was published in August 2018 in the Journal of Animal Science. The research was funded by Freshpet.

The release explains that the researchers tested the palatability and digestibility of three commercially marketed fresh and raw diets for dogs, as well as a traditional extruded kibble diet. The diets included a lightly cooked roasted-refrigerated diet; a lightly cooked grain-free roasted-refrigerated diet; and a raw diet. The lightly cooked roasted diets were pasteurized, and the raw diet was treated with an acidifying bacteria that makes the food inhospitable to harmful microbes.

“The roasted diets come in a meatball form, and the raw diet was more like a big sausage roll that you cut up and feed to the dog. All diets were chicken-based, but some had added beef, salmon, or chicken liver. Each diet also contained a vitamin and mineral mix, and a dry mix of plant products like sweet potatoes, kale, spinach, cranberries, and carrots,” Swanson says. “People are familiar with those ingredients so they like to see them included in their pets’ diets. Although specific ingredients are not needed in the diet of dogs and cats, as many options can result in an acceptable nutrient profile, those ingredients are of high quality and are nutrient dense.”

Eight beagles were successively fed each diet for one month. After a 14-day transition period onto each new diet, they were monitored for voluntary physical activity, and then urine, stool, and blood samples were collected and analyzed.

The roasted diets turned out to be more digestible than the kibble, and both the grain-free roasted diet and the raw diet resulted in lower blood triglyceride levels than the kibble diet, even though they were higher in fat. Swanson isn’t able to pinpoint the cause of the surprising result, but points to it as a potential benefit of the non-traditional diets. Voluntary activity didn’t differ across the diets.

The researchers also found major shifts in the microbiota – the suite of microbes inhabiting the gut – in the roasted and raw diets, compared with kibble. Swanson says the changes in the microbiota were neither good nor bad, just different. He suggests that the results showcase the flexibility of gut microbiota, and how little scientists know about the effects of diet on host-microbe relationships as a whole.

It is important to point out that all dogs were healthy throughout the study period, and that all diets were palatable, highly digestible, and resulted in good stool quality. Even though some of the diets were statistically more digestible or led to lower triglycerides, those metrics were within the normal range for all dogs on all diets. Therefore, Swanson emphasizes, all the diet formats tested in the study, including kibble, would be healthy choices.

“As far as diet format and market segment is concerned, it ultimately comes down to consumer preference and philosophy. As long as a diet is shown to be safe and meets the nutritional needs of the pet in question, it is an acceptable option to me. If an owner is willing to pay more for premium ingredients and/or an improved processing method, I am fully supportive. To me, the most important thing is testing these new diet formats and products before they are commercially available,” Swanson says.