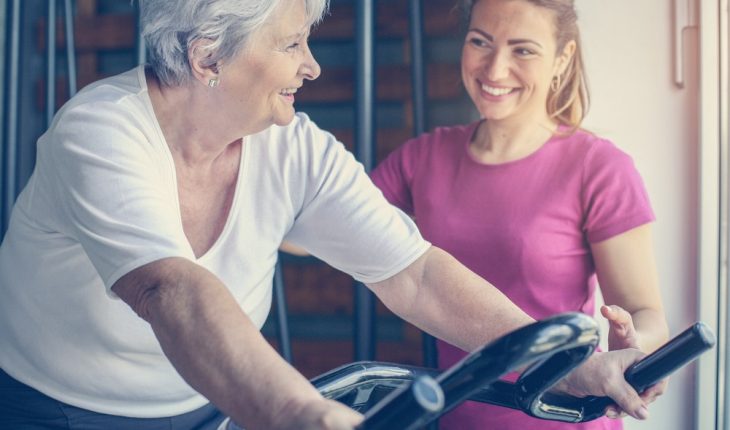 Invasive procedures such as bypass surgery and stenting—commonly used to treat blocked arteries—are no better at reducing the risk for heart attack and death in patients with stable ischemic heart disease than medication and lifestyle changes alone.

However, such procedures offer better symptom relief and quality of life for some patients with chest pain, according to two new, milestone studies.

The studies, designed to settle a decades-old controversy in cardiology, appeared online in the New England Journal of Medicine. While researchers released preliminary findings last November at the American Heart Association annual meeting, the most recent papers, published earlier this year, report the official outcomes of the International Study of Comparative Health Effectiveness with Medical and Invasive Approaches (ISCHEMIA), the largest and one of the most consequential studies of its kind.

Funded by the National Heart, Lung, and Blood Institute (NHLBI), part of the National Institutes of Health (NIH), the trial followed more than 5,000 patients with stable heart disease and moderate to severe heart disease for a median of 3.2 years. It compared an initial conservative treatment strategy to an invasive treatment strategy. The conservative treatment strategy involved medications to control blood pressure, cholesterol, and angina (chest discomfort caused by inadequate blood to the heart), along with counseling about diet and exercise. The invasive treatment strategy involved medications and counseling, as well as coronary procedures performed soon after patients recorded an abnormal stress test. The trial allowed tests that assess coronary blood flow restriction, called ischemia, to determine who could participate in the study.

“Previous studies have reached similar conclusions as ISCHEMIA, but they were criticized for not including patients who had severe enough disease to benefit from the procedures. ISCHEMIA studied only patients with the most abnormal stress tests,” said Yves Rosenberg, M.D., study co-author and chief of NHLBI’s Atherothrombosis and Coronary Artery Disease Branch. “These findings should be applied in the context of careful attention to lifestyle behaviors and guideline-based adherence to medical therapy, and will likely change clinical guidelines and influence clinical practice.”

He cautioned patients in the meantime to confer with their doctors to determine what strategies are best for them.

Coronary artery disease, which is caused by narrowed arteries that reduce blood to the heart, is the most common type of heart disease. It affects about 18 million Americans and is the leading cause of death in the United States. Symptoms can vary, but some people do not have them at all and may not know they have heart disease until they experience chest pain, a heart attack, or sudden cardiac arrest.

To find out whether an invasive or conservative strategy would be more effective in reducing these kinds of events, researchers studied the impact of both on heart attack, hospitalization for unstable angina, heart failure, resuscitated cardiac arrest, and cardiovascular death. An additional key outcome of study was quality of life.

From August 2012 to January 2018, ISCHEMIA enrolled 5,179 patients who were an average of 64 years old, at 320 sites in 37 countries. Most participants had a history of chest pain, with 21% reporting daily or weekly chest pain. About 35% had no chest pain one month prior to enrollment.

The patients then were randomly assigned to receive either the conservative, medical therapy alone (unless their symptoms worsened), or medical therapy and an invasive intervention soon after having an abnormal stress test. Over the five years of the trial, 21% of patients in the conservative treatment group ended up having a stent implant or bypass surgery; the rest continued medication alone. Of those in the intervention group, revascularization was performed in 79%, three-quarters of them receiving stents and the others, bypass surgery.

Clinical results suggest that there is no need for invasive procedures in patients who have angina without symptoms,

By the end of the trial, the death rate between the two groups proved to be essentially the same: among the participants who had invasive procedures, 145 died, compared to 144 who received medication alone. The overall rate of disease-related events was similar among those who took medication alone: 352 experienced an event such as heart attack, compared to 318 who had invasive procedures.

“We have known and confirmed in this study that stent and surgical procedures have a risk of some heart damage,” said Judith Hochman, M.D., study chair, co-lead author and Senior Associate Dean for Clinical Sciences, NYU Grossman School of Medicine. “However, we saw that the heart damage related to a procedure was not as serious in terms of the risk of subsequent death compared to heart attacks that occurred spontaneously, unrelated to any procedure.”

The long-term follow-up of patients will be needed to better determine the true difference in prognosis between these two group. For patients with angina, or chest pain, the comparative benefits of an invasive procedure over medical therapy alone were more consistent throughout the trial.

“ISCHEMIA showed an impressive, sustainable improvement in patients’ symptoms, function and quality of life with an invasive strategy for up to four years of follow-up,” said John Spertus, M.D., M.P.H., director of health outcomes research at Saint Luke’s Mid America Heart Institute in Kansas City, MO., and co-principal investigator for the ISCHEMIA quality of life analysis. “However, this benefit was only observed in roughly two-thirds of those who had angina at baseline and no benefit was seen in those who had no symptoms.”

“Taken together, the quality of life and clinical results suggest that there is no need for invasive procedures in patients without symptoms,” said David Maron, M.D., director of the Stanford Prevention Research Center at Stanford University and the study’s lead author and principal investigator. “For those with angina, our results show it is just as safe to begin treating with medication and lifestyle change, and then if symptoms persist, discuss invasive treatment options.”

Two other ISCHEMIA companion studies produced other key results. ISCHEMIA-Chronic Kidney Disease (CKD) and quality of life studies, also published in the New England Journal of Medicine, did not show a reduced risk for death and heart attack for participants who had advanced chronic kidney disease, stable coronary disease, as well as moderate or severe ischemia with the invasive treatment compared to the conservative treatment. There were no benefits in quality of life, even if participants had angina symptoms.