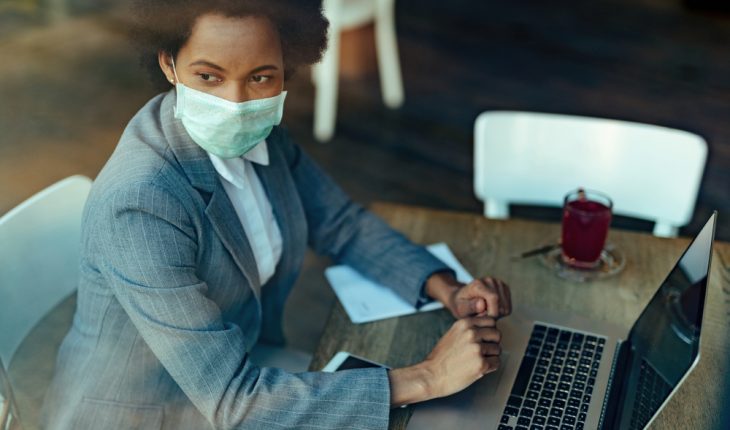 Heart Health and The Pandemic

Reduced air pollution in the U.S. during the COVID-19 shutdown initiated in March 2020 was linked to fewer severe heart attacks, according to preliminary research presented at the American Heart Association’s Scientific Sessions 2021. The meeting was fully virtual, Saturday, November 13 through Monday, November 15, 2021, and is a premier global exchange of the latest scientific advancements, research and evidence-based clinical practice updates in cardiovascular science for health care professionals worldwide.

“Reducing pollution is not only helpful for the environment it may also have significant health benefits at the population level such as preventing heart attacks,” said lead study author Sidney Aung, B.A., a fourth-year medical student at the University of California, San Francisco.

Heart disease is the leading cause of death in the United States. Untreated, yet modifiable heart disease risk factors such as smoking, high blood pressure, high blood cholesterol and diabetes, as well as physical inactivity and excess weight, can contribute to and cause a heart attack. Previous research has confirmed that environmental conditions such as air pollution can increase the risk for heart attack.

According to a 2020 American Heart Association policy statement citing a global study, ambient air pollution is widely recognized as a significant contributor to cardiovascular disease and death. In 2017, exposure to particulate air pollution was estimated to be associated with more than 7 million premature deaths and the loss of 147 million healthy life-years globally.

Shelter-in-place orders to slow the spread of COVID-19 began to be issued in various U.S. cities and states after the World Health Organization characterized the outbreak as a pandemic in mid-March 2020. Across the time period analyzed in this study, Jan 2019-April 2020, the number of severe heart attacks dropped substantially in association with declining ambient pollution levels.

According to an international analysis, IQ Air’s 2020 World Air Quality Report, global lockdown measures to slow the spread of COVID-19 resulted in healthier air around the world in 2020. The report is based on the world’s largest database of ground-based air pollution measurements, aggregating particulate matter 2.5 data published in real time from ground-based sensors throughout 2020. Less air pollution was noted, particularly during the initial period of the lockdown when people were ordered to shelter in place, closing schools and businesses and reducing vehicle and airplane traffic.

This study reviewed daily pollution measurements from the U.S. Environmental Protection Agency’s website between January 1, 2019, to April 30, 2020 focusing on a common type of air pollution called particulate matter 2.5, which contains microscopic pieces of solid substances. Using records from the National Emergency Medical Services Information System and the U.S. Census, researchers analyzed the frequency of heart attacks in various regions of the U.S. for the same period.

Overall, 60,722 heart attacks occurred during the study. With each 10 µg/m3 (micrograms per cubic meter) drop in particulate matter 2.5 the number of heart attacks decreased by 6%, which translates to 374 fewer heart attacks per 10,000 person-years.

“This study highlights the importance of reducing air pollution, which could, in turn, prevent heart attacks,” Aung said. “We also hope our study may influence other investigators to pursue similar research to corroborate these results or to investigate other forms of air pollutants outside of particulate matter 2.5 that may have also declined during the pandemic lockdowns.”

The study has several limitations: it is an observational analysis and, therefore, could not definitively prove cause and effect; it did not evaluate individual-level information regarding age, sex and race; and heart attacks in the study were identified by paramedics and other emergency medical services professionals rather than being diagnosed by physicians.

He noted that other studies have made similar links – such as a rapid drop in acute heart attacks occurred after public smoking bans reduced secondhand smoke exposure. However, it is unclear what connections exist between the pandemic lockdown and fewer heart attacks.

“It is also possible that other things were going on last year to reduce heart attack triggers – fewer exertional activities or other stressors, for example, that were also a result of the COVID lockdowns,” said Kaufman, professor in the department of environmental and occupational health sciences, medicine and epidemiology at the University of Washington in Seattle.

“If it turns out that we can meaningfully link a reduction in traffic-related air pollution during COVID lockdowns to a reduction in heart attacks, it points the way toward a major change that could help to reduce the burden of heart disease. We know how to reduce air pollution concentrations and have seen that it is possible.

“This could reinforce the benefits of air pollution reduction as a cost-effective way to improve health,” he said. “It also means that reducing fossil fuel combustion, which we need to do anyway to combat climate change, may yield tremendous health benefits now, even if the climate benefits take years to accrue.”