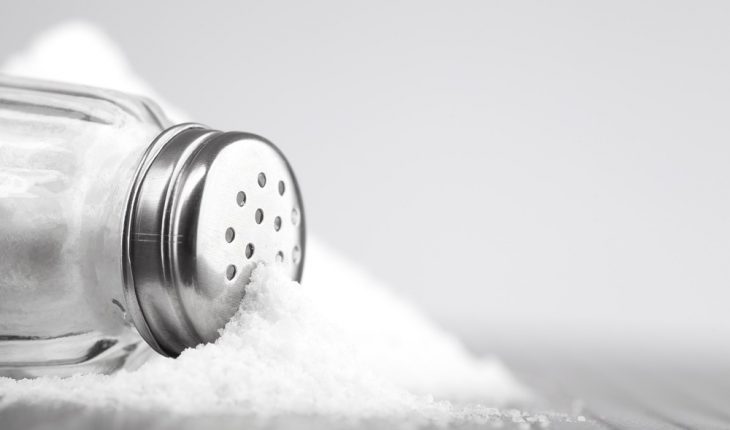 A diet high in salt is known to be a risk factor for high blood pressure, which in turn raises the risk of stroke and other health problems.

Research has suggested that high salt intake may also be a risk factor for declining brain function with age. However, the mechanisms responsible for this link aren’t understood.

Earlier studies suggested that high levels of salt in the diet can cause immune changes in the gut that lead to reduced blood flow in the brain and impaired cognition. In previous work, a team led by Dr. Costantino Iadecola at Weill Cornell Medicine found that mice fed a high-salt diet had reduced functioning of an enzyme called eNOS, which produces nitric oxide (NO).

NO helps direct blood vessels to relax, thereby increasing blood flow. Mice with a reduction in NO from the high-salt diet had reduced blood flow to the brain. These mice had trouble performing a standard set of cognitive tasks.

But the researchers suspected that the amount of reduced blood flow seen in these experiments wasn’t enough to directly affect cognition. In their new study, they explored how changes in the brain caused by a high-salt diet—and the resulting lowered NO production—might affect thinking and memory. The team fed mice a very high-salt diet for 12 to 36 weeks. The mice underwent tests of cognitive function, and their brains were examined for molecular changes.

Mice fed a high-salt diet had trouble recognizing novel objects and navigating through a maze.

The researchers found that high levels of dietary salt caused a chemical change to a protein called tau. This change—phosphorylation—can cause tau to clump together in the brain. Clumps of tau are linked with some dementias, such as Alzheimer’s disease.

As in their previous study, the team found that mice fed the high-salt diet had trouble recognizing novel objects and navigating through a maze. Mice with more phosphorylated tau in their brains had lower performance on these cognitive tasks.

When the mice were fed a high-salt diet supplemented with a compound that boosts NO production, they were protected against the accumulation of phosphorylated tau.

Further molecular studies showed that the effects of high salt on tau phosphorylation were mediated through NO levels, not through changes in blood flow.

“The take-home message here is that is that while there is a reduction in blood flow to the brains of mice that eat a high-salt diet, it really is tau that is causing the loss in cognitive abilities. The effect of reduced flow really is inconsequential in this setting,” Iadecola says.

The amount of salt fed to the mice was 8 to 16 times higher than that found in normal mouse chow. Most people wouldn’t approach such a high level in their diet. But the findings reveal a mechanism that might link high salt intake with reduced brain functioning. The results suggest that therapies targeting blood flow to the brain may not be enough to counter cognitive decline.