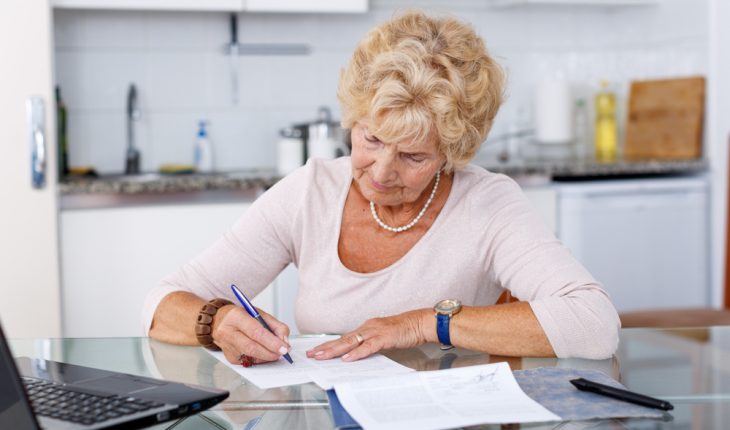 The statement was published in November 2021 in the Association’s journal Stroke. Led by researchers at the University of Alabama at Birmingham, it has been endorsed by the American Academy of Neurology as an educational tool for neurologists.

Preserving brain health in an aging population is a growing concern in the United States. An estimated one in five Americans 65 years and older has mild cognitive impairment, and one in seven has dementia. By 2050, the number of Americans with dementia is expected to triple, the statement authors note.

“Primary care is the right home for practice-based efforts to prevent or postpone cognitive decline. Primary care professionals are most likely to identify and monitor risk factors early and throughout the lifespan,” said the chair of the scientific statement writing group, Ronald M. Lazar, Ph.D., the Evelyn F. McKnight Endowed Chair for Learning and Memory in Aging and director of the Evelyn F. McKnight Brain Institute at the UAB School of Medicine. “Prevention doesn’t start in older age; it exists along the health care continuum from pediatrics to adulthood. The evidence in this statement demonstrates that early attention to these factors improves later life outcomes.”

The new statement suggests primary care professionals also consider assessing additional risk factors to address cognitive health. The six risk factors to consider along with Life’s Simple 7 that have an impact on optimal brain health are:

“Scientists are learning more about how to prevent cognitive decline before changes to the brain have begun. We have compiled the latest research and found Life’s Simple 7 plus other factors like sleep, mental health and education are a more comprehensive lifestyle strategy that optimizes brain health in addition to cardiovascular health,” said Lazar, who is also a professor of neurology and neurobiology at UAB.

The statement uses cognition to define brain health, referring to the spectrum of intellectual-related activities, such as memory, thinking, reasoning, communication and problem solving, that enables people to thrive and navigate the world on an everyday basis. The ability to think, solve problems, remember, perceive and communicate is crucial to successful living; their loss can lead to helplessness and dependency.

Lazar says that five components of Life’s Simple 7 have formal screening tools in place that will aid in early recognition of cognitive decline. The other two, diet and physical activity, have guidelines already in place to aid in their adoption.

“Studies have shown that these domains are impacted by factors that are within our control to change,” said Virginia Howard, Ph.D., co-chair of the statement writing group and Distinguished Professor in the Department of Epidemiology at the School of Public Health at UAB. “Prevention and mitigation are important because, once people have impaired cognition, the current treatment options are very limited.”

The authors say that screening and observation need to begin at an early age. A growing body of evidence suggests that making changes in early adulthood can have a significant effect on cognitive decline in older age.

“The need for more practitioners in the primary care fields will become even more acute as the population ages,” Howard said. “Improved access, more clinicians, better practice models and improved reimbursement will help integrate these preventive measures into daily primary care practice, with the goal of preventing cognitive decline.”

“Advanced practice practitioners could be vitally important in this effort, along with the use of new technology such as telehealth and apps to help with reminders and motivation to engage in positive behaviors,” Lazar said. “For example, many people already wear a device on their wrist for this purpose. It’s about maintaining our quality of life as we get older.”