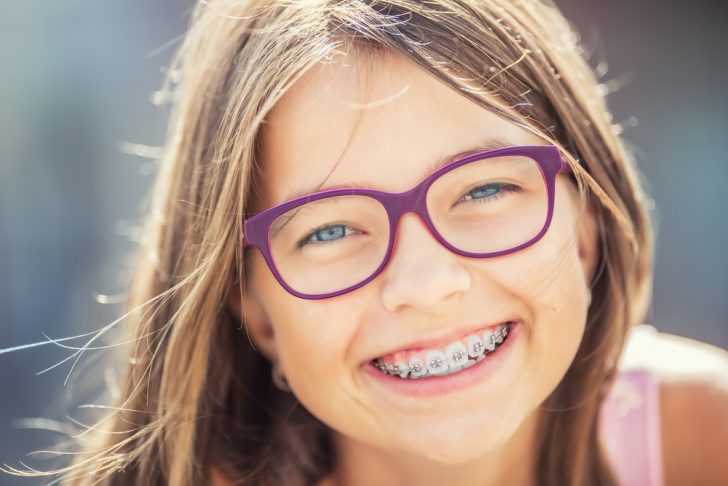 How Young Is Too Young for Orthodontic Treatment?

Step into a middle school and you’ll likely see plenty of smiles accented by braces.

But parents who put off a trip to the orthodontist until their child is on the cusp of the teen years could be waiting for too long. Plenty of problems can start developing – long before a child’s permanent teeth have all arrived.

The question then becomes when – and how – to intervene. And the answer won’t necessarily be the same from every orthodontist or dentist you consult.

This is a confusing topic. Depending on whom you ask, you will get a variety of answers about what treatment is necessary and when, and how exactly it should proceed. And getting more opinions doesn’t always help because you may end up with several different – and conflicting – opinions. I suggest having a child examined by an orthodontist by age 7, which is also the recommendation of the American Association of Orthodontists. Usually, those initial exams are free. Even that early in life, there are four major things an orthodontist can look at:

Most kids who will need orthodontic treatment can wait until they’re 12 or 13. But it’s important to have them checked out at a much earlier age.

Are the jaws growing properly? The upper jaw stops growing about age 8, much earlier than the lower jaw and the rest of the body. Because of this, orthodontists can identify issues with the growth of the upper jaw earlier and can recommend treatments for any deficiencies. For example, the most common growth issue is that the upper jaw is not wide enough. A device called a rapid-palatal expander can help with this.

Is there enough room for teeth to grow in? A tooth is said to be “impacted” when it can’t grow in because something is in the way (such as another tooth or an extra tooth) or because it is growing in the wrong direction. “Impacted teeth are a pain to deal with, both for the doctor and the patient. “It’s much harder for the doctor to get access to impacted teeth and bring them into the proper position. For the patient, a small surgery may be required to uncover the tooth so the orthodontist can begin to straighten it.” Early intervention can often create enough room for teeth to grow in properly, he says, making future treatment much easier and more comfortable for the patient.

How are the teeth that are not yet in the mouth developing – and are the correct number present? It might seem surprising, but it’s not unusual for people to have either extra or missing teeth. Extra teeth usually cause more problems as they crowd out other teeth. That means early screening is key, and often those extra teeth are removed. With missing teeth, treatment usually doesn’t happen until all the permanent teeth have grown in.

Does the child snore, and is there an airway obstruction? Sleep apnea, a condition in which a person temporarily stops breathing while sleeping, can start at an early age. Children can be diagnosed as early as ages 4 or 5, Reynolds says, and often snoring or purring like a kitten while sleeping is a sign. The most common type of sleep apnea is obstructive sleep apnea, which an orthodontist can treat.

Most kids who will need orthodontic treatment can wait until they are 12 or 13. But it’s still important to have them checked out at a much younger age, just in case there are problems that can be solved with early intervention.

Dr. Jamie Reynolds (www.AskDrReynolds.com) is recognized on an annual basis as one of the top orthodontists in metro Detroit. His book, “World Class Smiles Made in Detroit,” puts an emphasis on the many benefits of having a great smile.