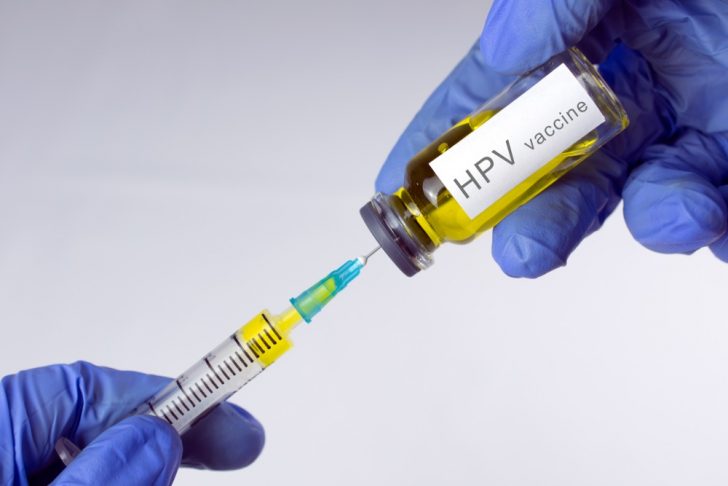 The anti-cancer HPV vaccine Gardasil 9, previously approved only for people aged 9 through 26, has now been given the go-ahead by the Food and Drug Administration (FDA) for women and men aged 27 through 45.

“Approval represents an important opportunity to help prevent HPV-related diseases and cancers in a broader age range,” Peter Marks, M.D., Ph.D., director of the FDA’s Center for Biologics Evaluation and Research, said in a statement.

“The Centers for Disease Control and Prevention [CDC] has stated that HPV vaccination prior to becoming infected with the HPV types covered by the vaccine has the potential to prevent more than 90 percent of these cancers, or 31,200 cases every year, from ever developing.”

Figures from the CDC show that about 14 million Americans become infected with HPV every year. About 12,000 women are diagnosed annually and 4,000 women die from cervical cancer caused by certain HPV viruses.  A total of 79 million Americans have the virus, which often shows no symptoms.

Gardasil, a vaccine approved by the FDA in 2006 to prevent certain cancers and diseases caused by four HPV types, is no longer distributed in the U.S. In 2014, the FDA approved Gardasil 9, which covers the same four HPV types as Gardasil, as well as an additional five types, for use in males and females aged 9 through 26.

The agency’s approval of Gardasil 9 in women 27 through 45 years of age is based on these results and new data on long term follow-up from this study.

The safety of Gardasil 9 was evaluated in about a total of 13,000 males and females. The most commonly reported adverse reactions were injection site pain, swelling, redness and headaches.

The FDA granted approval of this supplement to the Gardasil 9 Biologics License Application to Merck, Sharp & Dohme Corp. a subsidiary of Merck & Co., Inc.