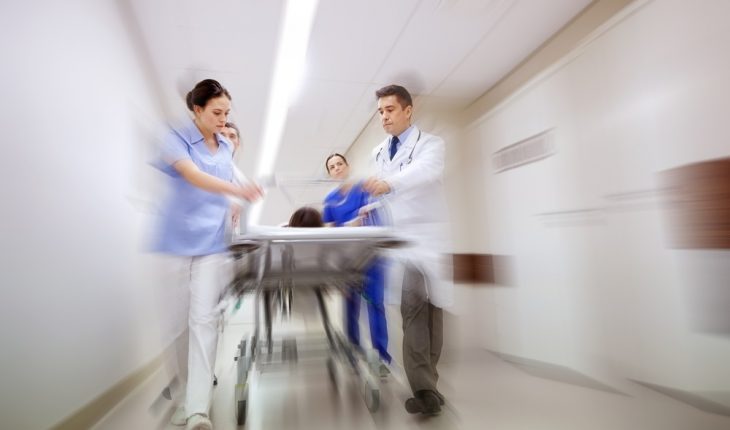 Inequity in The ER?

Hispanic people who went to the emergency room (ER) reporting chest pain waited longer than non-Hispanic people to be treated, admitted to the hospital or discharged from the ER, according to preliminary research to be presented at the American Heart Association’s Quality of Care and Outcomes Research Scientific Sessions 2022. The meeting was held Friday and Saturday, May 13-14, 2022, in Reston, Virginia, and features the latest research focused on the quality of cardiovascular medical care and patient outcomes in the treatment and prevention of heart disease and stroke.

Racial and ethnic health care disparities contribute greatly to overall health, risk of death and health care costs related to heart disease and stroke. According to the American Heart Association (AHA), cardiovascular disease is the leading cause of death across almost all ethnic groups in the U.S., including Hispanic people who represent the largest and fastest growing ethnic population in the U.S., and they have significant diversity in race, national origin and immigration status.

“Even with continued efforts to eliminate disparities and achieve health equity, our research confirms Hispanic people continue to face significant barriers to health care,” said study author Katiria Pintor Jimenez, M.D., an internal medicine resident at Morehouse School of Medicine in Atlanta. “Chest pain is one of the most common symptoms of presentation in the emergency room. Considering this, our goal was to assess care received by Hispanic people presenting to the ER with chest pain to identify potential barriers to cardiovascular disease treatment and prevention and the potential impact on health outcomes.”

Researchers analyzed more than 11,000 medical records of people presenting to the ER at Grady Memorial Hospital in Atlanta between January-December 2020 with a chief symptom of chest pain.

Hispanic people waited 39% longer than people of all other races or ethnicities to be taken care of by health care professionals in the ER, whether that was for further testing, 24-hour observation, hospital admission or ER discharge (99 minutes for Hispanic people vs. 71 minutes for all others).

Hispanic people represented less than 5% of all people who arrived in the ER complaining of chest pain during the study period.

Hispanic people were, on average, younger age and had lower blood pressure compared to all other people treated for chest pain in the ER, including white, Black and Asian individuals.

Hispanic people were nearly three times more likely than people from any other racial or ethnic groups to be uninsured.

Hispanic women were 58% more likely to present to the ER with chest pain than Hispanic men.

“Our findings suggests that Hispanic people with chest pain may experience unwarranted delays in the emergency department and in receiving overall medical care in the hospital,” Pintor said. “Contributing factors in delayed care among Hispanic people may include language barriers, cultural values and behavior, immigration status, the lack of health insurance or a lack of Hispanic health care professionals who can better promote health care equity.”

“The study results are enlightening, though unfortunately, not surprising. So many of these factors leading to health inequity are rooted in structural racism, and it’s important that we examine race and ethnicity across the continuum of health care, particularly in the ER for urgent care,” said Felipe Lobelo, M.D., Ph.D., FAHA, a member of the American Heart Association’s Council on Lifestyle and Cardiometabolic Health and an associate professor in the Hubert Department of Global Health at Emory University’s Rollins School of Public Health in Atlanta. “This study further confirms disparities that require urgent shifts in how health care systems deliver care, with a focus on people from diverse racial and ethnic groups.”

“Educating health care professionals in cultural competency is of paramount importance to address and reduce health disparities for Hispanic people,” Pintor said. “Our team’s next steps are to implement a focused educational intervention for medical residents to confirm that physician-driven interventions can increase awareness and promote the elimination of racial and ethnic health disparities in the Hispanic population.”