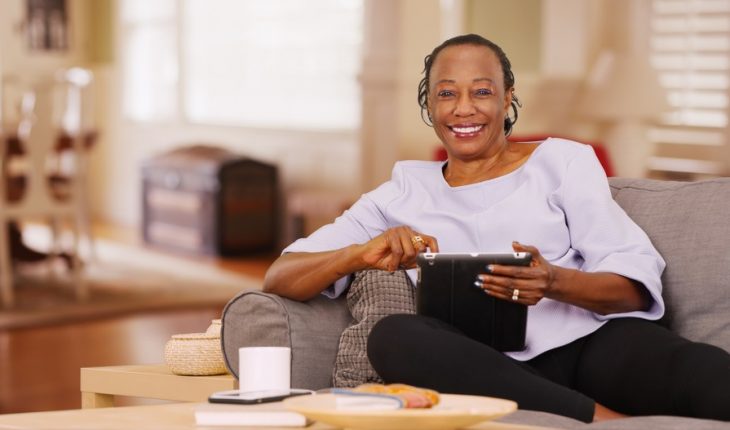 Blacks have nearly twice the rate of dementia as whites, putting them at higher risk of developing Alzheimer’s. But a new study shows that blacks with mild cognitive impairment – often a precursor to dementia – can reduce the risk of memory loss through a “behavioral intervention” that involves increasing social, cognitive and/or physical activity.

The results of the randomized, controlled clinical study, conducted by researchers from Jefferson (Philadelphia University and Thomas Jefferson University), were published in JAMA Neurology in September 2018.

“We see higher rates of cognitive decline and dementia in black than in white communities. Differences in rates of medical conditions that are associated with cognitive decline, like diabetes and hypertension, as well as differences in health beliefs, health literacy, and access to healthy foods, safe neighborhoods, and medical care, account for these disparities,” said senior author Barry Rovner, MD, Professor of Neurology, Psychiatry, and Ophthalmology at Jefferson. “There is a clear need for research in this area. This study provides the first evidence that we can prevent memory decline in this high-risk population, and help people maintain independence.”

Dementia is a condition that is often associated with changes in the brain’s structure and function. Some research suggests that people who remain active and engaged in community or stimulating work are resistant to the cognitive decline that otherwise can accompany these neurological changes.

“Stay busy, and use your mind. Physicians often deliver this common-sense advice, but advice is often not sufficient to change behavior,” Rovner said in a news release from Thomas Jefferson University.

To test whether it was possible to help people set goals and engage in a more active lifestyle, Rovner and colleagues used a treatment called Behavioral Activation. Researchers have shown that Behavioral Activation effectively reduces depression. The investigators used this approach to prevent memory loss, and thereby potentially delay the onset of dementia.

Behavioral Activation helps participants increase cognitive, physical or social activity by guiding a patient through goal setting and action planning. In this study, community health workers who are black helped participants set the action plans. For example, the goal of increasing physical activity might include a breakdown of: 1) calling a friend after lunch, 2) picking a time to meet, 3) recording the date on the calendar, and 4) taking the walk. If participants don’t meet the self-defined goals, the community health workers helped participants break down goals to smaller actionable steps. It was also important that participants choose their own goals – ones they had an interest in achieving. One participant chose to relearn chess, another to play guitar, others to rejoin a church group.

Over a three-year period (June 2011 – October 2014), the researchers screened 1,390 people from the black community with self-described memory problems. Of the 1,390 screened, 221 men and women were diagnosed with mild cognitive impairment and randomized to either treatment with Behavioral Activation or to the control or comparison group. The control group received Supportive Therapy, which consisted of open-ended conversations with a community health worker, at the same rate of 11-12 one-on-one sessions over a two-year period, as the Behavioral Activation group. “Supportive Therapy controlled for the effects of social interaction and attention, but importantly, involved no goal setting or discussion of the link between activity and memory,” Rovner said.

Behavioral Activation reduced the risk of cognitive decline by 88 percent compared to Supportive Therapy. The control group had a 9.3 percent incidence of memory decline over the two years, whereas participants who received Behavioral Therapy saw only a 1.2 percent occurrence of decline in memory based on a battery of standardized cognitive tests.

The researchers attribute much of the success of the study and the intervention to a sensitivity to the needs of the black community. “It was important to work with community health workers who were black, in order to help overcome the understandable hesitation about engaging in a research study,” said co-author and geriatric psychologist Robin Casten, PhD, at Jefferson. “Our colleagues helped participants feel at ease and unjudged. They provided racially sensitive education and had respect for the participant’s values and self-selected treatment goals.”

“It’s unacceptable that African American patients are twice as likely as white patients to develop dementia,” said Stephen K. Klasko, President and CEO of Thomas Jefferson University and Jefferson Health. “It’s not only important to address bias in care delivery, but we also need to research – with dignity and without judgement – the interventions that can start to close this gap. Dr. Rovner’s research is a model for a step in the right direction.”

“Currently there is no medical treatment to prevent cognitive decline. This study highlights the need for culturally competent treatments to reduce the burden of dementia for all Americans,” Rovner said.