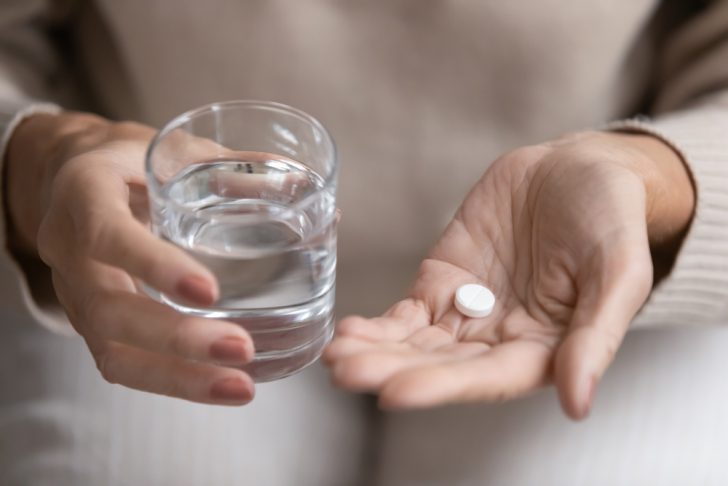 Is Aspirin Right for You?

A panel of medical professors has issued a final recommendation on taking aspirin as a preventive measure against heart attack or stroke, saying the drug should not be automatically prescribed to certain groups of patients.

The recommendation from the U.S. Preventive Services Task Force said that people aged 40 to 59 who are at higher risk for CVD (cardiovascular disease) but do not have a history of it should decide with their healthcare professional whether  to start taking aspirin as a preventive measure if they have not had a first heart attack or stroke.

Heart disease and stroke are leading causes of mortality in the United States, accounting for more than one in

four deaths. While daily aspirin use has been shown to lower the chance of having a first heart attack or stroke,

it can also cause harm. The most serious potential harm is bleeding in the stomach, intestines, and brain, also

because daily aspirin use does come with possible serious harms.”

stroke, healthcare professionals should take into account the patient’s CVD risk, chance of bleeding, and other

that the decision made is best for a patient’s health and in line with the patient’s values and preferences.

“Based on current evidence, the Task Force recommends against people 60 and older starting to take aspirin

to prevent a first heart attack or stroke,” says Task Force vice chair Michael Barry, M.D. “Because the chance of

internal bleeding increases with age, the potential harms of aspirin use cancel out the benefits in this age

Importantly, these recommendations are not for people who already have heart disease, have had a stroke, or

are already taking aspirin; these people should talk to their healthcare professional about their individual

circumstances. “We want to emphasize that these recommendations are focused on starting aspirin to prevent

a first heart attack or stroke. Anyone who already takes aspirin and has questions about it should speak with

The final recommendations were published in the Journal of the American Medical Association. The recommendation, along with an evidence summary, can be found on the task force website.

have been published online in the Journal of the American Medical Association, as well as on the Task Force

The Task Force is an independent, volunteer panel of national experts in prevention and evidence-based

recommendations about clinical preventive services such as screenings, counseling services, and preventive

Decision Making, and a primary care clinician at Tufts Medical Center. He is a professor of medicine at Tufts

Massachusetts General Hospital. He is also a professor of medicine at Harvard Medical School and a clinician at