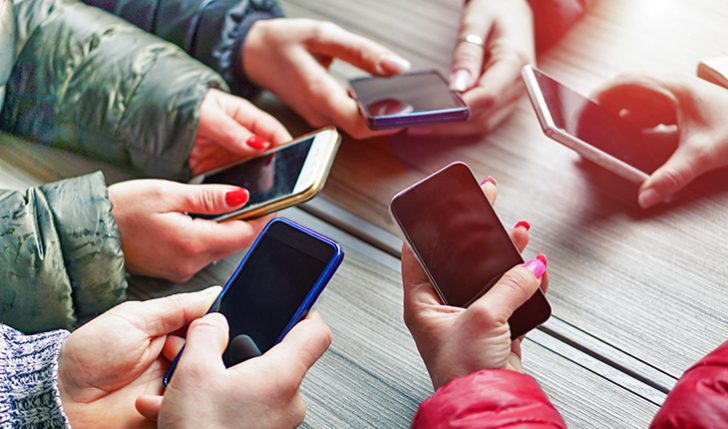 Nature Deficit Disorder – the subtle condition you may not have heard about, with serious side effects affecting everyone from toddlers to top level executives – may be more prevalent than ADHD.

An estimated six million American children have attention deficit hyperactivity disorder (ADHD)—and about 60% of those cases will carry on into adulthood. But have you heard about Nature Deficit Disorder? It has the potential to affect as many if not more children than ADHD, and worse, a larger number of adults…could you have it?

Coined by author and nature lover Richard Louv in 2005, Nature Deficit Disorder is not really a medical condition. It’s more of an all-encompassing term used to describe the phenomenon of modern lifestyles leading people farther and farther from nature—and suffering the consequences.

One of the main causes of Nature Deficit Disorder is excessive technology use.

In other words, we’re spending far too much time lost in our phones, scrolling on our computers, and swiping away at our tablets. Today’s children, dubbed “iGen,” spend an average of six and a half hours per day in front of a screen…that’s up from only three hours a day in 1995.

If you’re thinking phew, I’m glad I’m not a kid anymore—don’t get too comfortable. Adults spend even more time looking at screens. CNN reports that American adults, on average, clock in more than ten hours of screen time each day, with nearly two hours of that time spent on digital media platforms.

By the end of their lives, most adults will have spent about five years on social media.

Technology use is so ubiquitous that many people don’t even realize how much time they actually spend wrapped up in their devices—and how little time they spend in the great outdoors. That time adds up, and both children and adults miss out on the physical and mental relief that nature has to offer.

According to Louv and other Nature Deficit Disorder subscribers, the resulting effect on health can be severe. Heart conditions, diabetes, obesity, near-sightedness, asthma, anxiety, and depression are among the many increasingly common disorders that can be linked to NDD. Even ADHD can be linked to NDD, as studies have found that screen time can increase a child’s risk of developing ADHD, while time spent in nature can decrease a child’s risk.

Other factors like increased urbanization, a lack of green spaces in cities, and limited public transportation to wilderness areas only compound these issues, making it difficult for people to access nature even if they try to.

Many organizations have made it their mission to close this gap with urban youth, offering programs that provide low-cost or free opportunities to engage with nature. The Fresh Air Fund provides low-income children form New York City the opportunity to attend free sleepaway camp in the woods of upstate New York. In Washington, D.C., low-income youth have the change to spend weekends, vacations, and summers in nature with CityKids, a program that provides wilderness enrichment in the form of bicycle rides, hiking trips, and even a summer-long stay at a ranch in Wyoming. But for adults, similar assistance—and time—can be hard to find.

One coping mechanism adapted by adults is a “digital diet.”

The idea behind these quick fixes is that even when you aren’t able to access nature directly, you can still take measures to offset some of the negative side effects of Nature Deficit Disorder by decreasing your technology use. Digital diets aren’t just a new-wave health craze…take it from the tech experts themselves.

Apple, Google, Intel, and Facebook are just a few of the many leading companies that have top-level executives taking regular digital diets, limiting their children’s screen time, and setting other boundaries for technology use.

So while it might hurt to admit that you are a technology “user,” digital diets remind us that taking preventative measures against Nature Deficit Disorder is as simple as stepping back, unplugging, and opening up your senses to the endless other offerings the natural world has to offer.