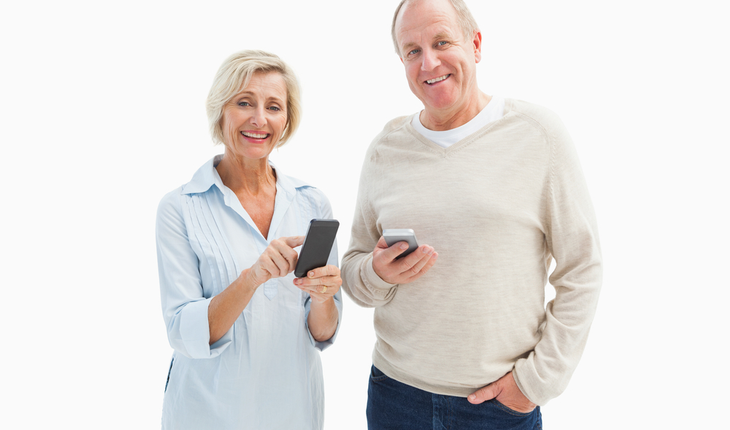 It's Complicated: Our Relationship with Texting

Texting has the power to both help and hinder our relationships, whether we’re tapping our fingers to stay in touch or using our smartphones to avoid difficult situations, according to research on texting and sexting presented at the 2018 annual convention of the American Psychological Association (APA) in San Francisco.

A release from the APA notes that couples with similar texting habits tend to be happier and more fulfilled, according to one study.

Researchers surveyed 205 adults between the ages of 18 and 29 who were in romantic relationships. Questions focused on emotional security, texting habits and relationship satisfaction.

Results showed that people who described their partner as having a similar texting style to themselves reported greater relationship satisfaction. In other words, couples who were more in sync with the kind of texts they sent to each other were more satisfied with their partner, regardless of whether the messages they sent were love notes or complaints about an issue in the relationship.

The release quotes Leora Trub, PhD, of Pace University, who presented the findings, as saying, “How couples texted was more important to the satisfaction of the relationship than how frequently they texted.”

Previous research has shown that couples who communicate similarly in any medium are happier in their relationships. This research extended those findings to text-based communication, according to Trub.

A second study, also presented by Trub, found that texting can bring people closer to others or create distance, depending on the motivations underlying its use.

“We text to check in with our spouse during the work day and to stay connected with friends far away, but we also text to avoid dealing with relatives at the family party and to break up with someone,” said Trub.

Trub and her colleagues developed a survey to measure people’s motivation for texting. They administered the survey to 982 adults between the ages of 18 to 29. Questions focused on possible addictive behaviors with mobile phones, levels of social anxiety and shyness and general personality traits.

Aside from finding texting functional, people also text to escape their present situation, because they are bored, or because they feel it is a better way to express themselves than talking on the phone or in person, the researchers found.

They noted the potential implications of texting as a form of escape.

“Texting can become a crutch and eventually become a barrier to creating meaningful interactions,” said Trub. “Texting all the time can also come from being lonely or bored, and that can lead to isolation and alienation.”

Trub and her colleagues noted that psychologists and counselors may be interested in their findings if they have clients who engage in unhealthy texting behaviors that may be damaging to their relationships.

On the steamier side of the spectrum, another study found that people who sexted several times a week (“frequent sexters”) and those who sexted every day or multiple times per day (“hyper sexters”) were more likely to experience conflict and ambivalence in their relationships, as well as engage in infidelity-related behaviors on social media and view more pornography.

The study included 615 adults from the U.S. and Canada who were then in committed relationships. The survey asked questions about sexting behaviors, self-esteem, relationship satisfaction, commitment, conflict and pornography use, among other topics.

People who did not sext made up the largest group in the study and were just as happy with their partners as people who did sext, the study found. Sexters did, however, report more sexual satisfaction than the non-sexting group.

The researchers also found that a greater percentage of people in same-sex relationships were frequent or hyper sexters.

“Sexting may help couples with intimacy and to spice things up, but we definitely did see the negative side of too much of a good thing,” said Michelle Drouin, PhD, of Purdue University Fort Wayne, who presented the findings during the symposium “An Update on Sexting and Future Research.”