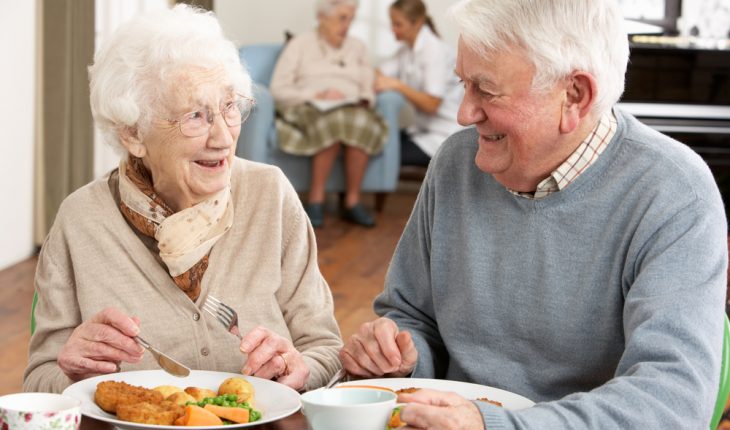 More and more elderly people are suffering from malnutrition. People who are unmarried, separated or divorced are most often affected, while men and women who are either married or widowed tend to take better care of themselves. Those who have difficulty walking or coping with stairs or who have just returned home from hospital are also more likely to suffer from malnutrition than others of the same age. This is the conclusion reached in a 2018 meta-analysis conducted by Prof. Dr. Dorothee Volkert and her team at the Institute for Biomedicine of Ageing (IBA) at Friedrich-Alexander-Universität Erlangen-Nürnberg (FAU).

A release from the university notes that malnutrition can occur at any age, but elderly people aged 65 and above are particularly prone to it. ‘We speak of malnutrition when people have a drastically reduced dietary intake and the body lacks energy and nutrients as a result,’ explains Prof. Dr. Dorothee Volkert, although there is no binding scientific definition for the term at present. ‘The consequences of malnutrition are manifold. They range from weight loss to a weakened immune system or functional impairment of muscles and all organs. The body falls back on all its reserves.’

Prof. Dr. Volkert is working with researchers from seven countries to track down the causes of malnutrition. The collaborative project ‘Malnutrition in the Elderly’ (MaNuEL), brings together 22 research groups from Austria, France, Germany, Ireland, Spain, the Netherlands and New Zealand. The project was launched in March 2016 for a duration of two years and has been provided funding of approximately 1.9 million euros from the Federal Ministry of Food and Agriculture (BMEL), national funding organisations in Austria, Ireland and the Netherlands, as well as non-cash contributions from the research groups involved.

Within the framework of MaNuEL, the researchers shared their knowledge relating to malnutrition in the elderly. In the next step, they intend to make recommendations for screening for and preventing malnutrition in the elderly on the basis of their joint database. Prof. Dr. Dorothee Volkert from the Institute for Biomedicine of Ageing (IBA) at FAU is one of the two coordinators of the project.

First meta-analysis on causes of malnutrition

The work package ‘Determinants of malnutrition’ is located at the IBA. ‘Until now, we unfortunately didn’t know which were the key factors behind malnutrition,’ explains the nutrition expert Prof. Dr. Volkert. She and her team therefore set out to explore which of a total of 23 variables – ranging from aspects such as difficulties with chewing and swallowing or cognitive impairments to loneliness and depression or moving into a care home – were decisive for malnutrition. ‘The research partners took six existing sets of data from studies on the elderly over the age of 65 and re-evaluated them using a common approach. We then compiled the results in a meta-analysis,’ explains Prof. Dr. Volkert. The overall result: ‘Malnutrition in the elderly appears to be caused by a surprisingly narrow range of factors. Only age, marital status, difficulties with walking and coping with stairs and stays in hospital had a significant role to play,’ according to Prof. Dr. Volkert. A lack of appetite, which is often perceived as a key cause of malnutrition, was of no relevance.

The average age of the 4,844 participants in the six studies on which the results are based was between 72 and 85. All those surveyed lived in private homes in Germany, Ireland, the Netherlands and New Zealand. Between 4.6 and 17.2 percent of the participants developed malnutrition over the course of the studies. ‘The older the people are, the more likely it is that they will suffer from malnutrition’, according to Prof. Dr. Dorothee Volkert. ‘The risk increases a little with every year that passes.’

Prof. Dr. Volkert recommends carrying out further studies following the same methods in order to identify further factors. “We need a common definition of malnutrition and a uniform design for our studies. Only then can we obtain comparable results and make recommendations for preventative measures.”