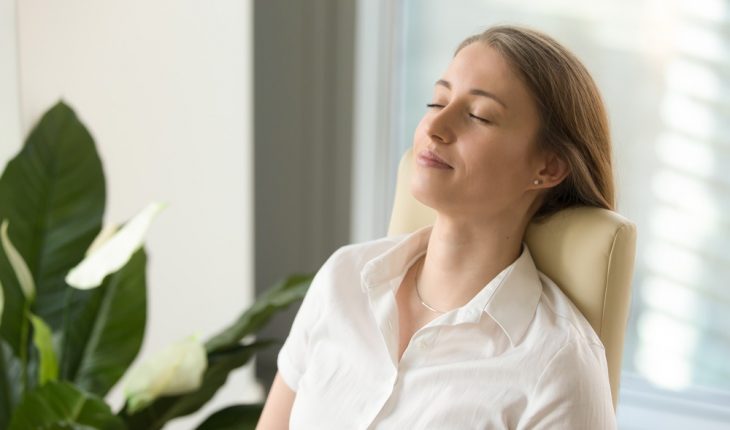 People who are naturally more mindful report less pain and show lower activation of a specific region of the brain in response to an unpleasant heat stimulus, according to a new study supported by the National Center for Complementary and Integrative Health (NCCIH). The study, conducted by researchers from Wake Forest University and collaborating institutions, was published in the journal Pain.

The innate ability to be mindful—that is, to pay attention to the present moment without reacting to it—differs among individuals, according to the NCCIH. There’s evidence that people who are naturally more mindful tend to have less pain, perhaps because they accept pain more easily and don’t spend as much time thinking and worrying about it. However, the brain mechanisms underlying the relationship between innate mindfulness and pain have not been identified.

In this study, 76 healthy people who had no experience with meditation, which fosters mindfulness, completed the Freiburg Mindfulness Inventory, which evaluates innate mindfulness. They also participated in two testing sessions in which they were positioned in a magnetic resonance imaging (MRI) scanner and a thermal probe was used to deliver a series of brief, harmless, but sometimes uncomfortable heat stimuli to the lower leg. The participants rated the unpleasantness of the heat and the intensity of the pain they felt, and changes in blood flow in the brain were recorded.

Individuals with higher innate mindfulness reported less pain. Higher mindfulness was also associated with greater deactivation of a brain region extending from the precuneus to the posterior cingulate cortex during exposure to uncomfortable heat. This part of the brain is involved in attention and subjective emotional responses to sensations. It plays a role in how you react to what you’re experiencing.

The findings of this study may be useful for the development of better nonpharmacologic approaches to pain management, such as biofeedback, mindfulness meditation, or behavioral therapies, that specifically target increases in mindfulness and reductions in the activity of the precuneus/posterior cingulate cortex brain region.