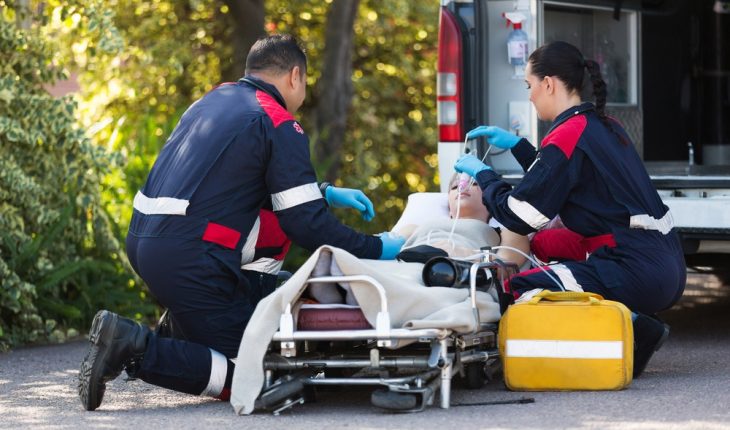 A change in the type of breathing tube paramedics use to resuscitate patients who have suffered sudden cardiac arrest can improve the odds of survival and save thousands of lives, according to a new study funded by the National Heart, Lung and Blood Institute (NHLBI).

More than 90 percent of Americans who experience sudden cardiac arrest die before, or soon after, reaching a hospital.

“During resuscitation, opening the airway and having proper access to it is a key factor for the survival of someone who goes into cardiac arrest outside of a hospital,” said study coauthor George Sopko, M.D., M.P.H., program director in the NHLBI’s Division of Cardiovascular Sciences. “But one of the burning questions in prehospital emergency care has been, ‘Which is the best airway device?’”

According to a news release, this study is the largest of its kind to test oxygen delivery methods used by firefighters, emergency medical service (EMS) providers and paramedics. It is the first to show that a particular airway intervention can positively affect patient survival rates.

The findings were published online in the Journal of the American Medical Association.

“This study demonstrated that just by managing the airway well in the early stage of resuscitation, we could save more than 10,000 lives every year,” said Sopko.

EMS providers treat the majority of the 400,000 out-of-hospital cardiac arrests each year. For more than three decades, their standard-of-care technique for resuscitation has been endotracheal intubation — the insertion of a plastic tube into the trachea to maintain an open airway. They use this technique in hopes that mirroring the care given by in-hospital physicians will produce better patient outcomes.

“While identical to techniques used by doctors in the hospital, intubation in these severe and stressful prehospital settings is very difficult and fraught with errors,” said study lead author Henry E. Wang, M.D., professor and vice chair for research in the Department of Emergency Medicine at McGovern Medical School at The University of Texas Health Science Center at Houston. Wang was the study’s lead author.

But new devices, such as laryngeal tubes, offer simpler alternatives to opening and accessing an airway. These tubes are easier to use, and the trial showed that cardiac arrest patients treated with this alternative had a higher survival rate.

Usually caused by a heart attack, sudden cardiac arrest occurs when the heart unexpectedly stops beating, cutting off blood flow to the brain and other vital organs. The vast majority of out-of-hospital cardiac arrests occur at home, and only about 10 percent of people survive, according to the American Heart Association.

The study, the Pragmatic Airway Resuscitation Trial, was a multicenter research project conducted by the Resuscitation Outcomes Consortium. It compared survival rates among 3,000 adults with cardiac arrest who were treated by paramedic crews from 27 EMS agencies, in Birmingham, Alabama; Dallas-Fort Worth; Milwaukee; Pittsburgh; and Portland, Oregon. Approximately half of the patients received the newer laryngeal tube treatment, while the other half received traditional endotracheal intubation.

Overall, patients in the laryngeal tube group had significantly better outcomes. For instance, 18.3 percent of patients survived three days in the hospital and 10.8 percent survived to reach hospital discharge. For the group with traditional endotracheal intubation, the survival numbers were 15.4 and 8.1 percent, respectively. Also, the proportion of patients surviving with good brain function was higher in the laryngeal tube group.

The NHLBI is part of the National Institutes of Health (NIH).