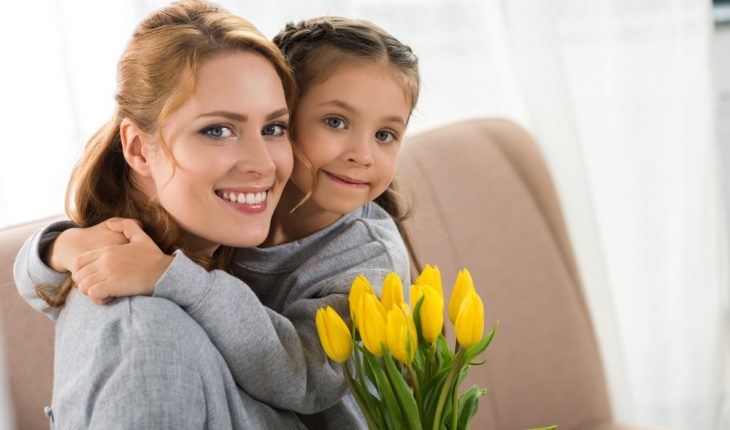 There’s a certain kind of weather I always associate with Easter.  Pale, tentative sunlight that looks as though it’s emerging from hibernation.  Cold air shot through with an elusive touch of warmth. Painfully raw green leaves on trees and bushes.

When that weather arrived, it was time for my mother to get ready for the holiday. Actually, it was time for her to get me ready for the holiday. Usually, she had the manner of a wisecracking secretary in a classic screwball comedy – intelligent, cynical, observant – but something in her softened at Easter. She always wanted me to have perfect hair and a perfect spring coat to wear to Mass.

Perfect hair meant getting a permanent on Easter Saturday at the beauty parlor, along with about 80 percent of the women and girls in our section of Queens.  I can’t remember the beauty parlor’s name, but it was something like Marie’s.  Or Myrtle’s.  A mushroom cloud of cigarette smoke hung over the rows of chairs and hairdryers.

My mother stood, arms folded, behind the beautician just in case she made a mistake. Personally, I thought the whole thing was a mistake, but I would no more have tried to change my mother’s mind than I would have tried to alter the weather. The only thing I liked about it was the chance to read movie magazines as I sat underneath the hairdryer.

By the time I left the beauty parlor, my head was covered in elaborate curls, kind of like Martha Washington. My mother smoothed my hair delightedly. It was sheer luck that I never saw any of my classmates on the walk home.

When it came to picking out my spring coat, Mom was more understated.  Her aunt Ellen, a housemaid to a family who lived on Fifth Avenue, told her where rich people shopped. So when I was ten years old, she saved up some money and bought me a navy blue boucle coat from Saks. It was the most beautiful coat I’d ever seen, and until I grew out of it years later, I never wanted another one.

Inevitably, my parents and I went to early Mass on Easter, with my ardently Catholic father leading the way. He could never get to church fast enough. Mom was always several steps behind him, and I was always several steps behind Mom. “Slow down! We look like Brown’s cows walking single file!” Mom yelled. I giggled. My father waved distractedly and picked up his pace a bit more.

My mother got a little sad on Easter afternoons. We had our ham dinner and I got my basket of chocolate, but Mom always took a nap though she didn’t look tired.  One Easter, maybe a year or two after she bought me the coat, we were washing the dishes when she said, “You know, I was born on Easter of that year.”  Silence. “That’s why my mother named me Lillian. For Easter lilies.”  I knew that my mom’s mother was a widow, and that she grew up under Aunt Ellen’s care, but beyond that she never talked about her family. “Lillian’s a beautiful name, Mom,” I said awkwardly.

Years passed until the next revelation.  “The only thing I remember about my mother,” Mom said, “was standing on the street and waving in at her. I couldn’t go near her because she had the flu and was contagious. She died when I was four.”  She said it all so expressionlessly.

It took my mother literally decades to cry, and that was only after she got really sick and really depressed and probably a little crazy. We were sitting at the kitchen table when she started sobbing and said, seemingly out of nowhere, “I think of all the little girls who are alone. All the little girls.”  My eyes filled and I put my arms around her, the girl alone on her Easter birthday.  After she died, I wasn’t surprised when her friends told me that Aunt Ellen and her husband hadn’t been the least bit happy to raise an orphan and that Mom had gotten out of there as soon as possible.

It still hurts to remember my mother’s sorrow, especially because she held it in so fiercely, tucked deep under her smarty-pants façade.  I’d rather think of her sitting proudly on the subway, carrying the Saks shopping bag that held my coat, or standing behind me at the beauty parlor, or striding through the pale Easter sunlight as I ran after her, my Martha Washington curls bouncing wildly.